Fondant aux Marrons, An easy recipe for chestnut fondant to warm up your winter

Every time I post a photo of Olivier’s chestnut fondant on social media, my followers go crazy: hundreds of likes and impassioned comments expressing desire to try it as well as, of course, endless requests for the recipe for this magical sweet. As someone who samples this chestnut fondant almost every Saturday during the winter months, I can understand why it’s so exciting. Visibly, however, the fondant looks quite simple and bland, unattractive even, and it always surprises me how its photo manages to garner so much attention.

I’ve known Olivier Campagnac for years; ours is the kind of friendship that develops among coworkers or people of the same trade. Every Saturday he opens his stand in the Marché Maubert (Maubert market). I visit the market with my tours and always pay a visit to his stand. At first, our exchanges were short: “Bonjour, Monsieur,” “Bonjour, Madame” and the like, but gradually they became deeper. At this point it’s worth noting that “deep” exchanges with French people who aren’t your friends are quite, well, different from the ones we are used to in teeny, tiny Israel. It took a long time until Campagnac shared personal details about himself, and to this day, I still don’t know much about him.

Olivier’s stand is on the small side and offers a limited assortment of products, all of them “travel cakes,” or, in French, gateaux de voyage. These are usually cakes that don’t require refrigeration and thus can be taken on trips without having to worry about cream or mousse that won’t survive without proper storage. Campagnac makes a few types of cakes, incorporating different fruits based on the seasons. For example, you might find sponge cake with almonds or dried fruit, or with apples or plums, chocolate cake with pears, and more. During cherry season, he offers the famous clafoutis of Limousin, in central France.

However, the showstoppers are, without a doubt, two small brown cakes that aren’t much to look at, but are very, very tasty. The first, chocolate fondant, can be found at Olivier’s stand year round. Chocolate is, after all, doesn’t have to be limited to a specific time of year. Fondant is made with minimal dry ingredients, if at all, and is instead made up primarily of butter, eggs, and chocolate. It’s typically served in small portions, as even a modest bite can feel relatively heavy and quite rich.

At the end of September or beginning of October—“It depends on the weather,” says Campagnac—the real treat hits this stand in the Marché Maubert. “In two weeks, the chestnut fondant will be back,” Campagnac tells me with a smile of satisfaction. He knows how eagerly I await it.

And then, at the beginning of October, it appears: a brown fondant, lighter than its chocolate brother, in a small pile on the table. Alongside it lie two chestnuts, a sign of the authenticity, so to speak, of the raw ingredients inside it. Campagnac gives me a small slice of the first chestnut fondant of the season. With closed eyes, I nibble at it, smiling big. I’ll never forget the first time I tried this special thing—so simple, yet so delicious. (Of course, the flavor of the chestnuts is quite dominant, so it’s best for people who are fans of this special fruit.)

Campagnac won’t share his recipe for chestnut fondant, and I can understand why. The dessert may look simple, but perfecting the texture is no small feat, it turns out. “But my readers are eagerly awaiting the recipe; it has become popular in Israel,” I implored gently. “Experiment, and bring me what you come up with. I’m happy to tell you if you’re getting close,” he agreed with a smile after seeing my Israeli stubbornness at its best. So after much trial and error, voilà: please find the recipe for Marché Maubert-style chestnut fondant. For the original one, you’ll have to visit Paris, but in the meantime, here’s my version, which, according to Campagnac, is not too far off.

Preheat the oven to 170 degrees. Grease an 11-by-22-centimeter loaf pan and line with parchment paper.
In the top of a double boiler over boiling water, melt the butter, chocolate, and salt.
In a bowl, combine the chestnut spread, yolks, and flour. Add the melted butter and chocolate mixture. Stir until well combined.
Pour into the pan, and bake for about 35 minutes, until still soft, but not wet. If a toothpick poked into the middle comes out wet, return to the oven and bake for a few more minutes.
Cool and serve at room temperature with soft whipped cream, vanilla ice cream, or as is.
Best wishes for a warm
winter,
Yours,
Sharon
8 Comments
Recipes 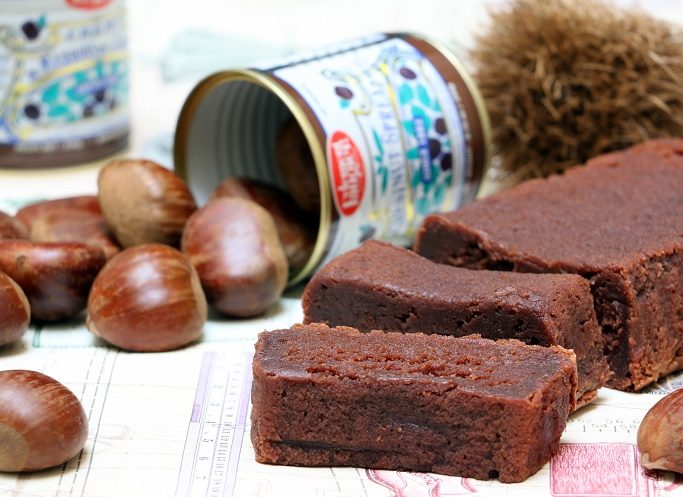 Fondant aux Marrons, An easy recipe for chestnut fondant to warm up your winter 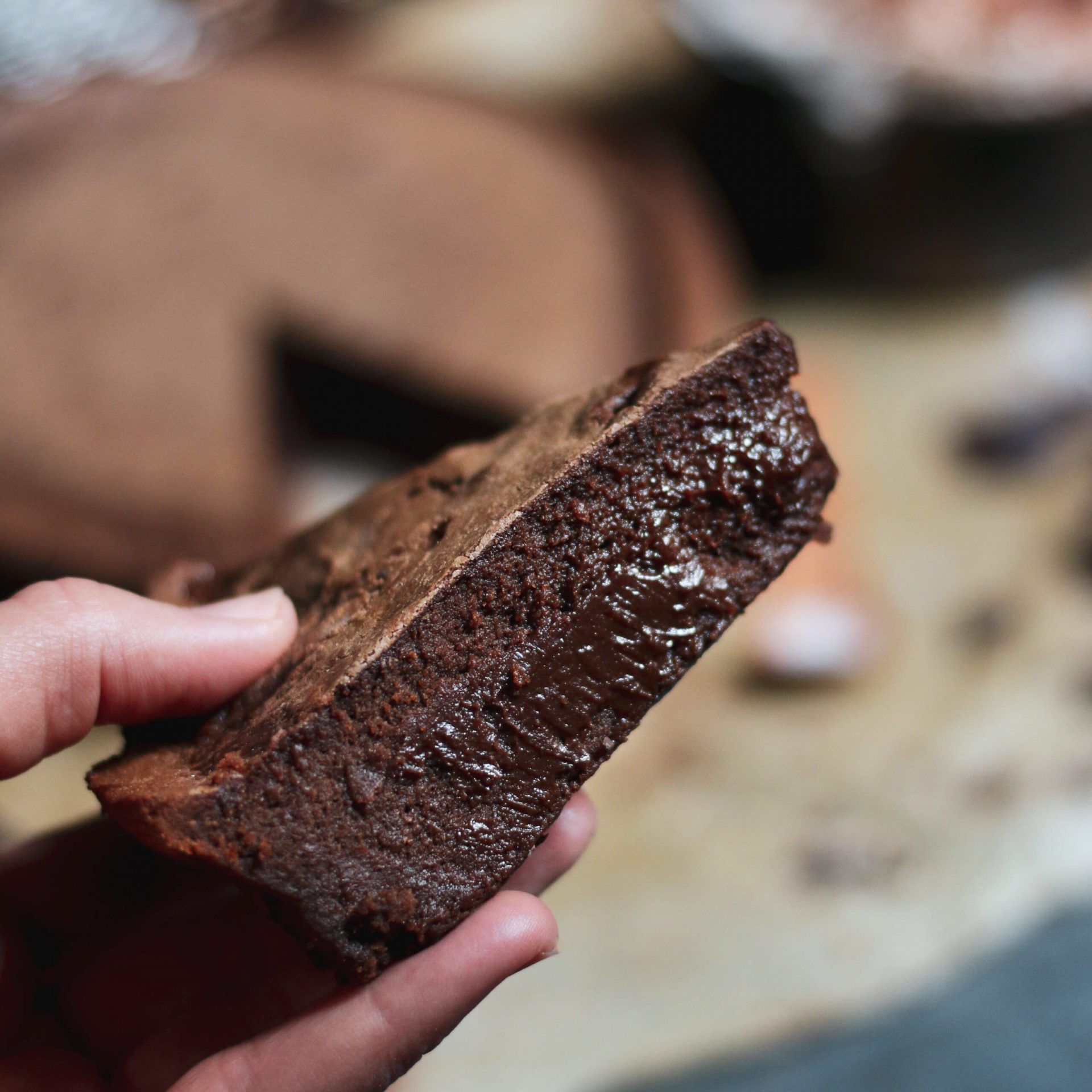 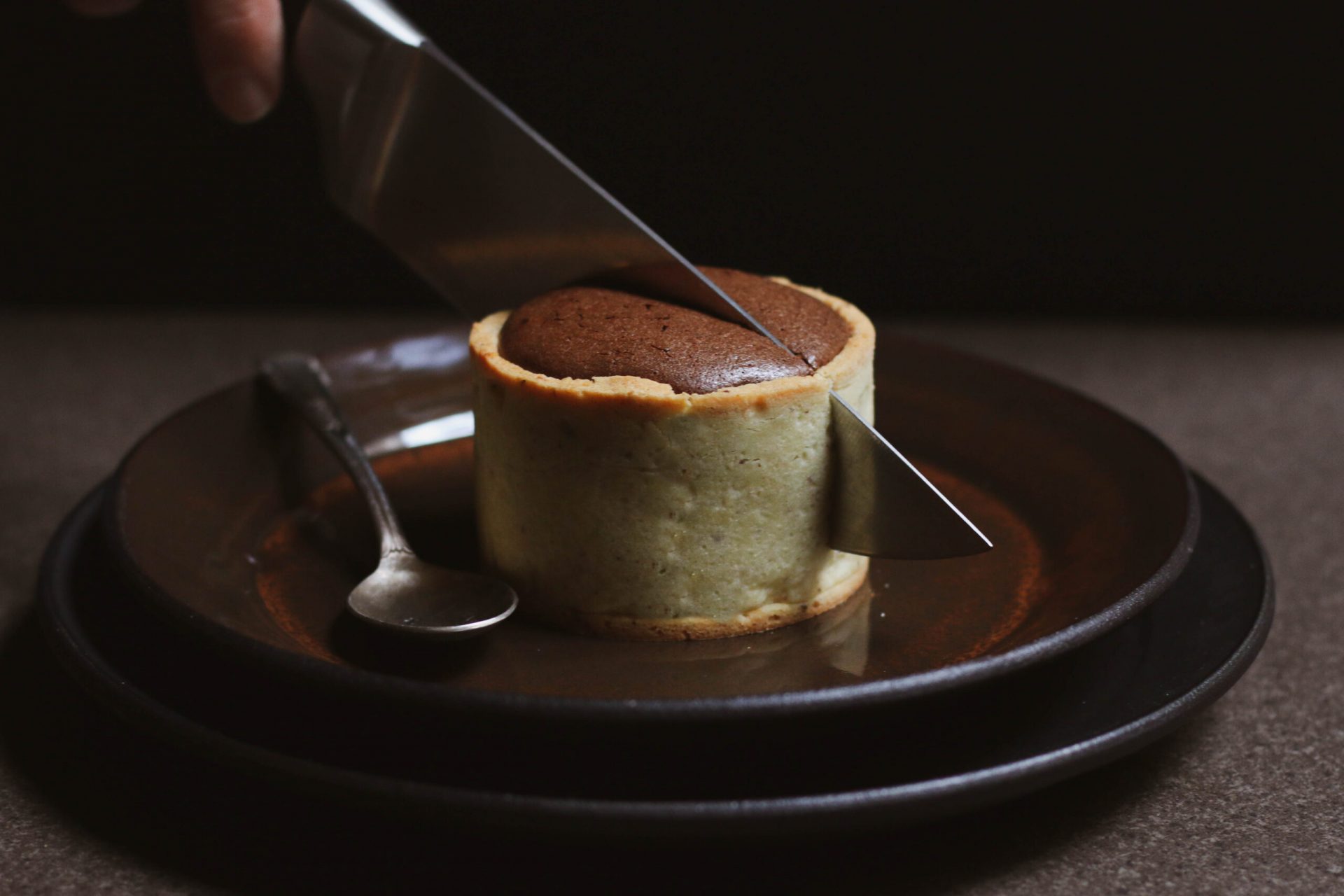