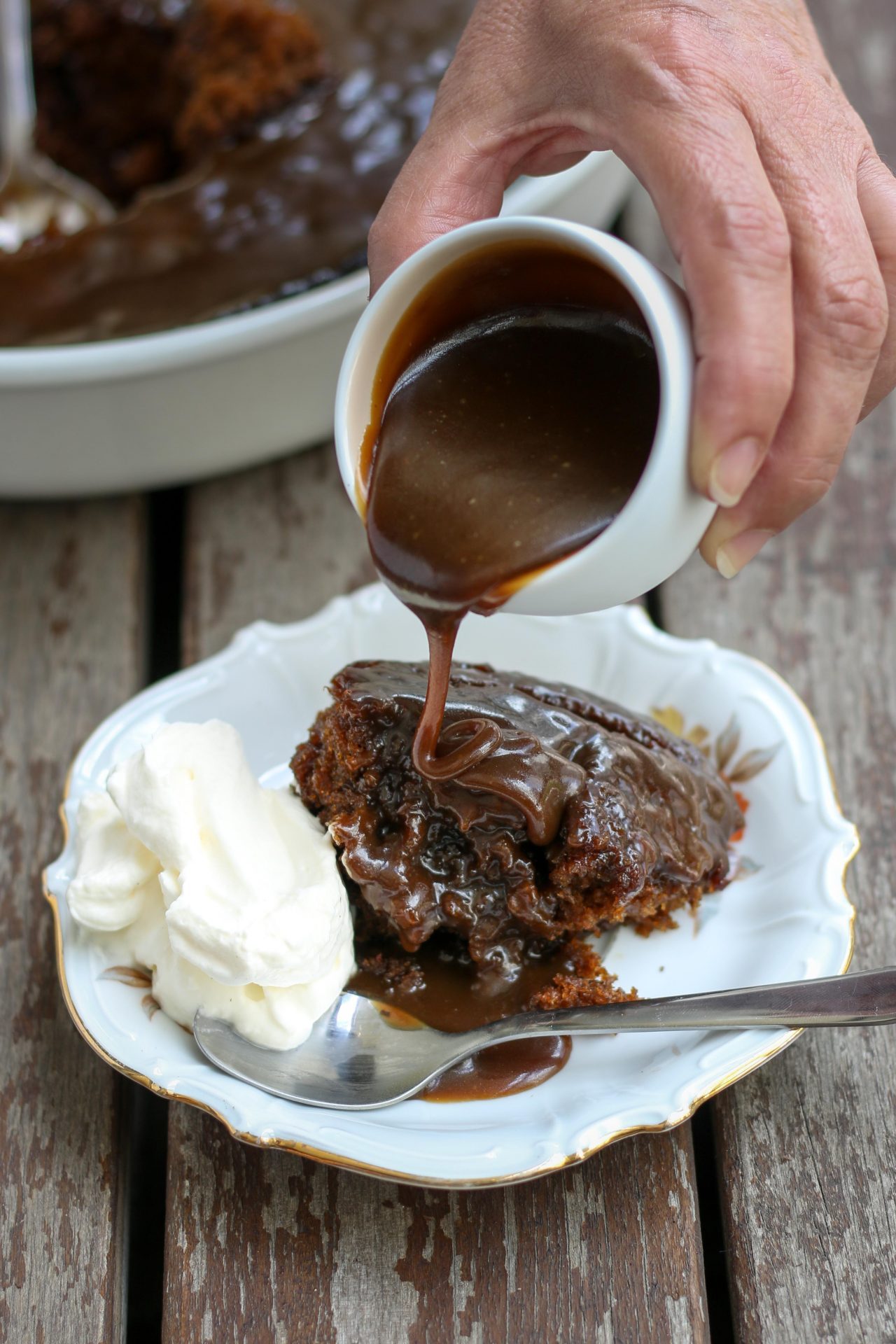 As a child I loved London very much. It has always seemed to me like part of a magical kingdom, one that has a queen and a princess, and intrigue in the palace. 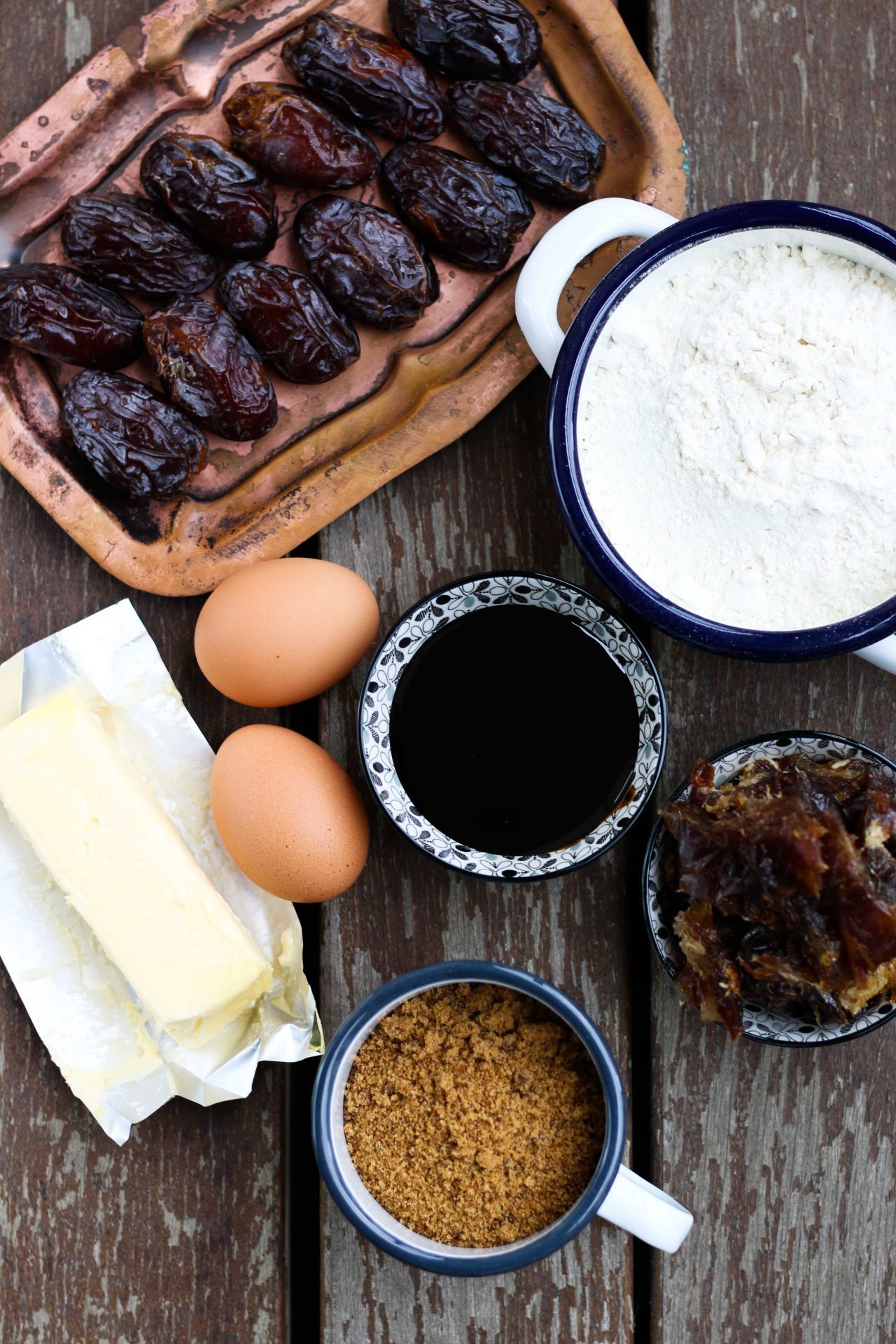 When I grew up it looked gray to me and I was less attached to this city. Then, 11 years ago, I moved to Paris and London suddenly became the city on the other side of the tunnel. I decided to try to fall in love with it again, like that girl who imagined the magical kingdom. 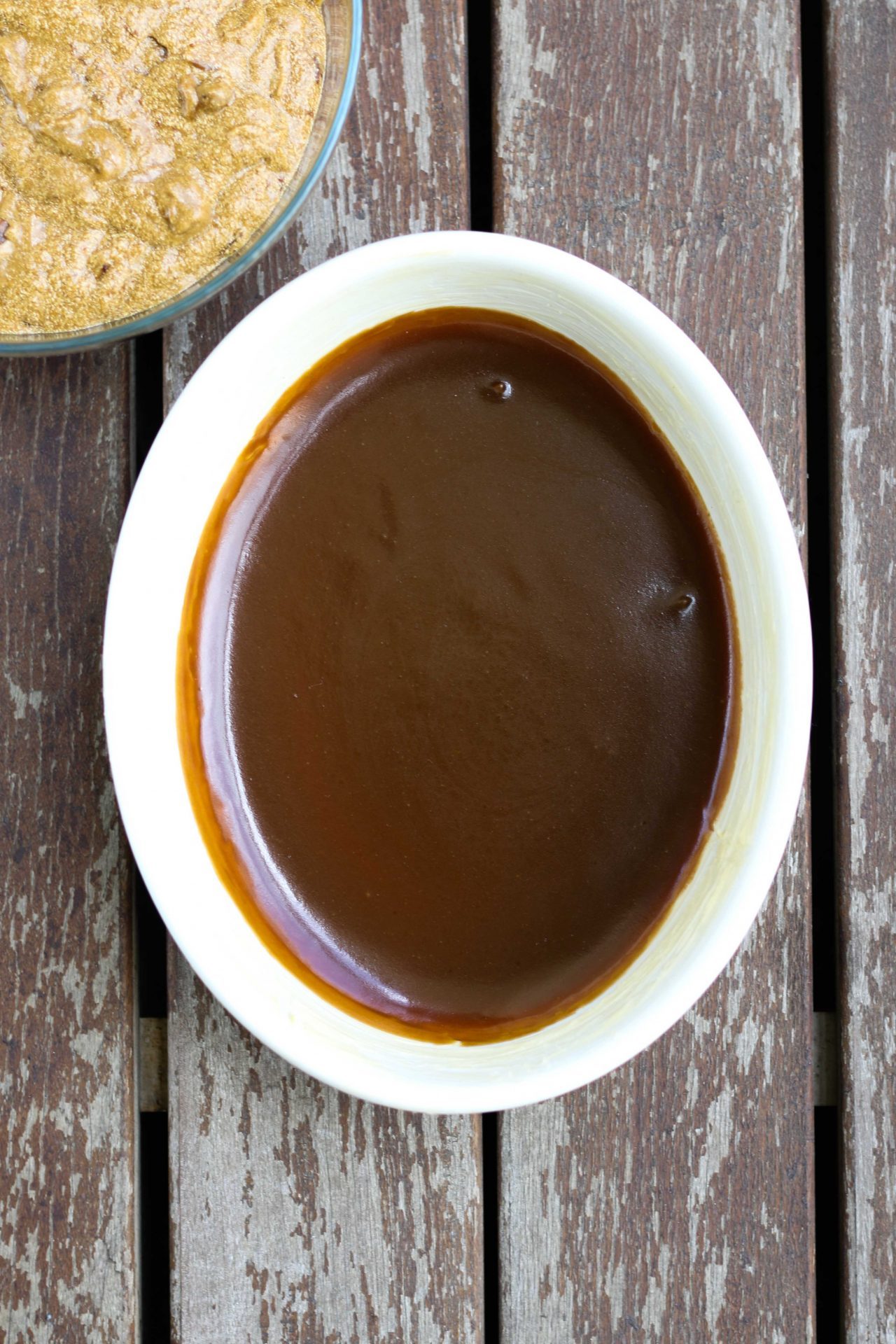 Slowly the ״relationship״ between us warmed up and then Gali also joined and it became the city to which we occasionally go for a fun day. A 2h train ride from mid-Paris to mid-London and we’re in another world. 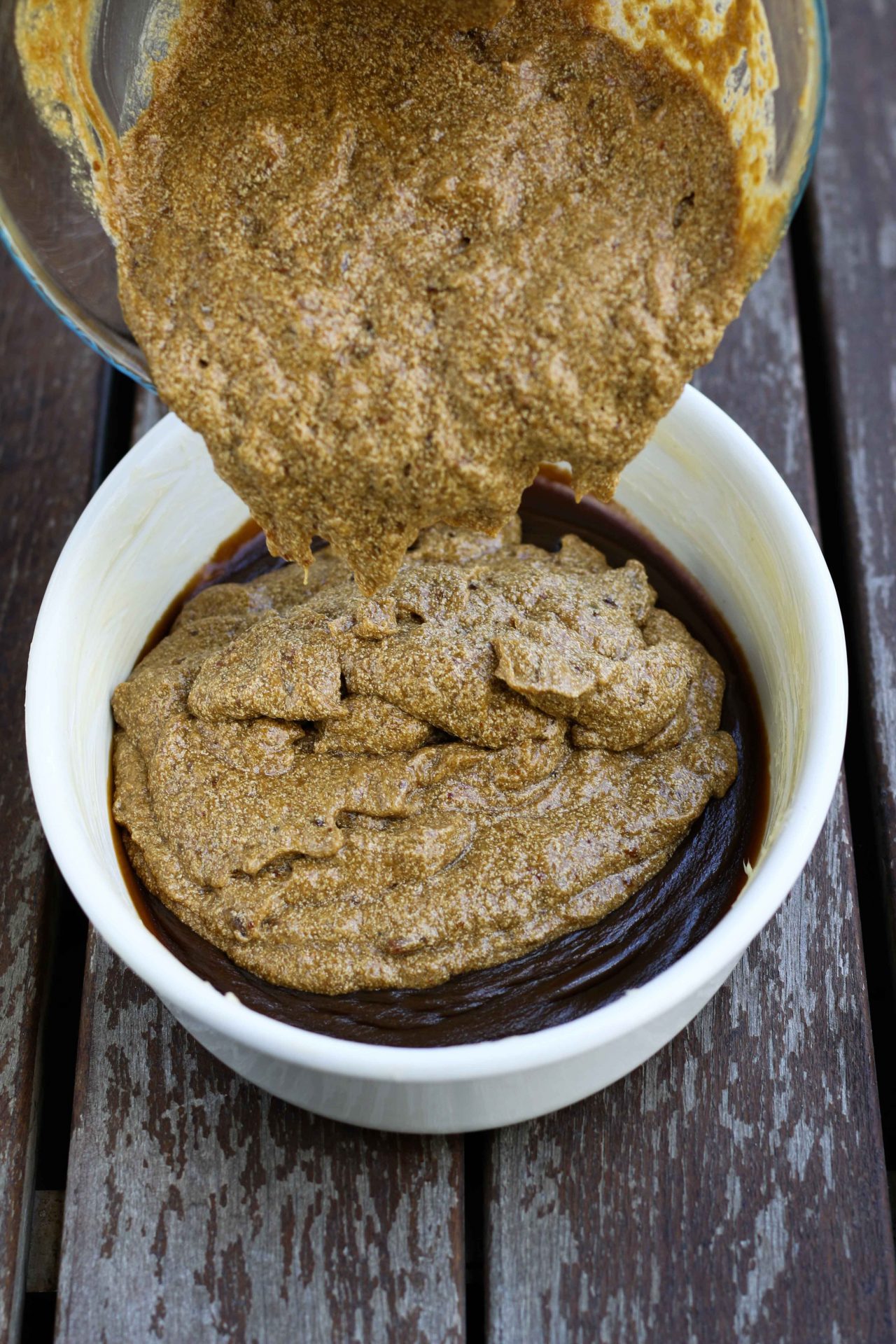 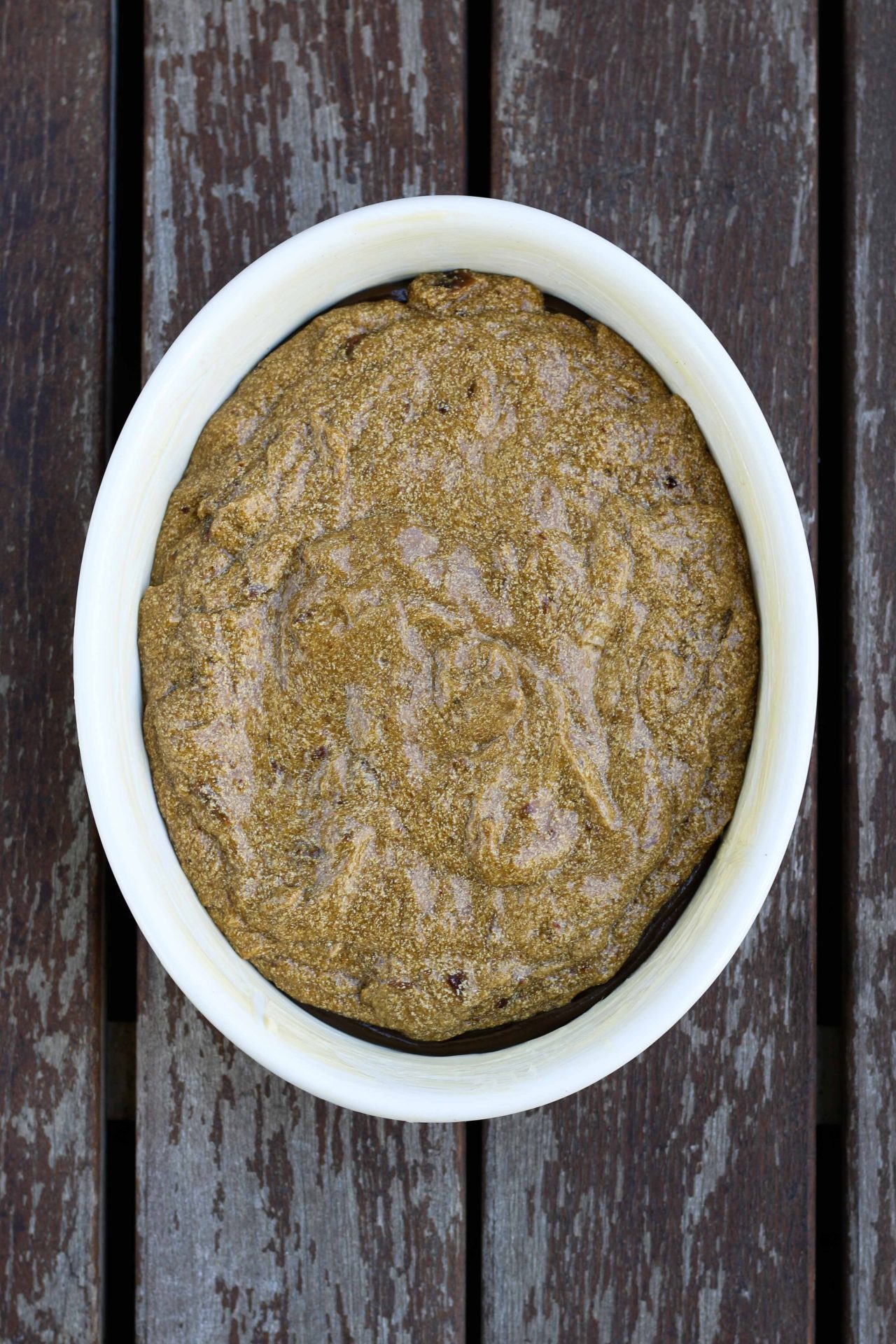 Although in the pastry world it doesn’t have much to offer us, here is a British recipe, which we love very much. Although attributed to the British, this recipe is so Mediterranean that instead of sticky pudding it can be called a moist date cake. 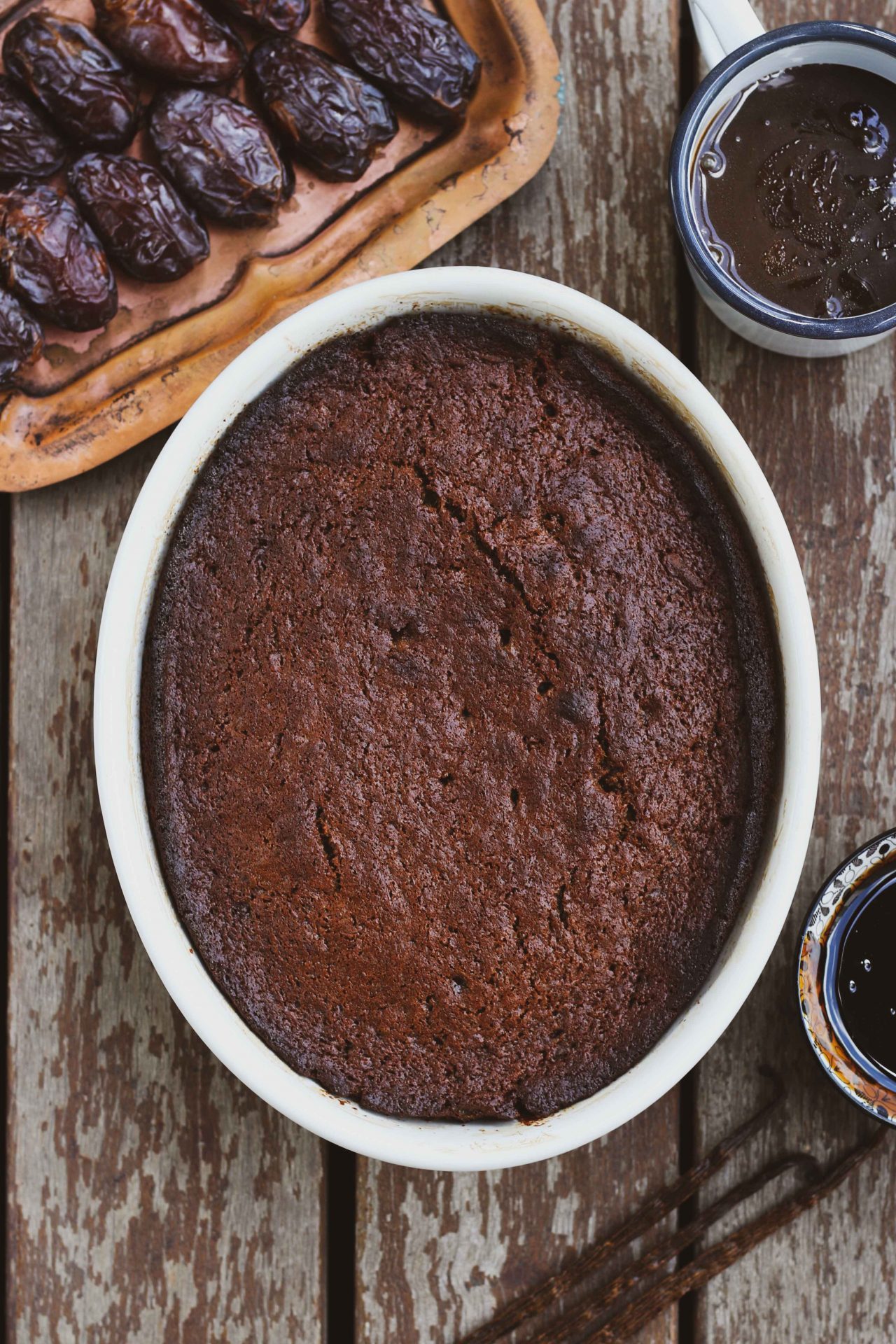 Sticky Pudding is a very moist sponge cake, covered with toffee sauce (hence the “sticky”) and served with whipped cream or ice cream. I like to bake it with some of the sauce on the bottom, which makes it even more juicy. 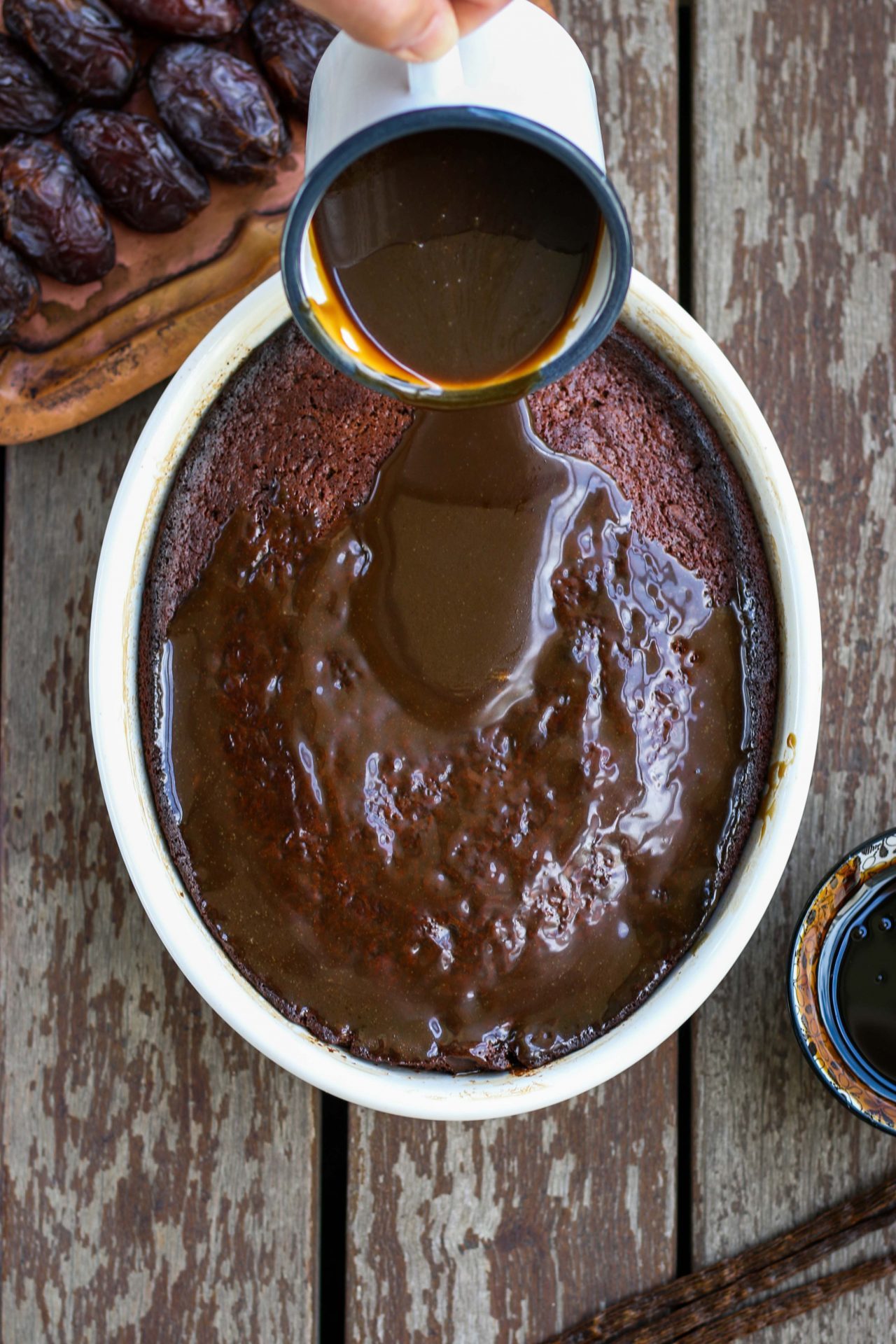 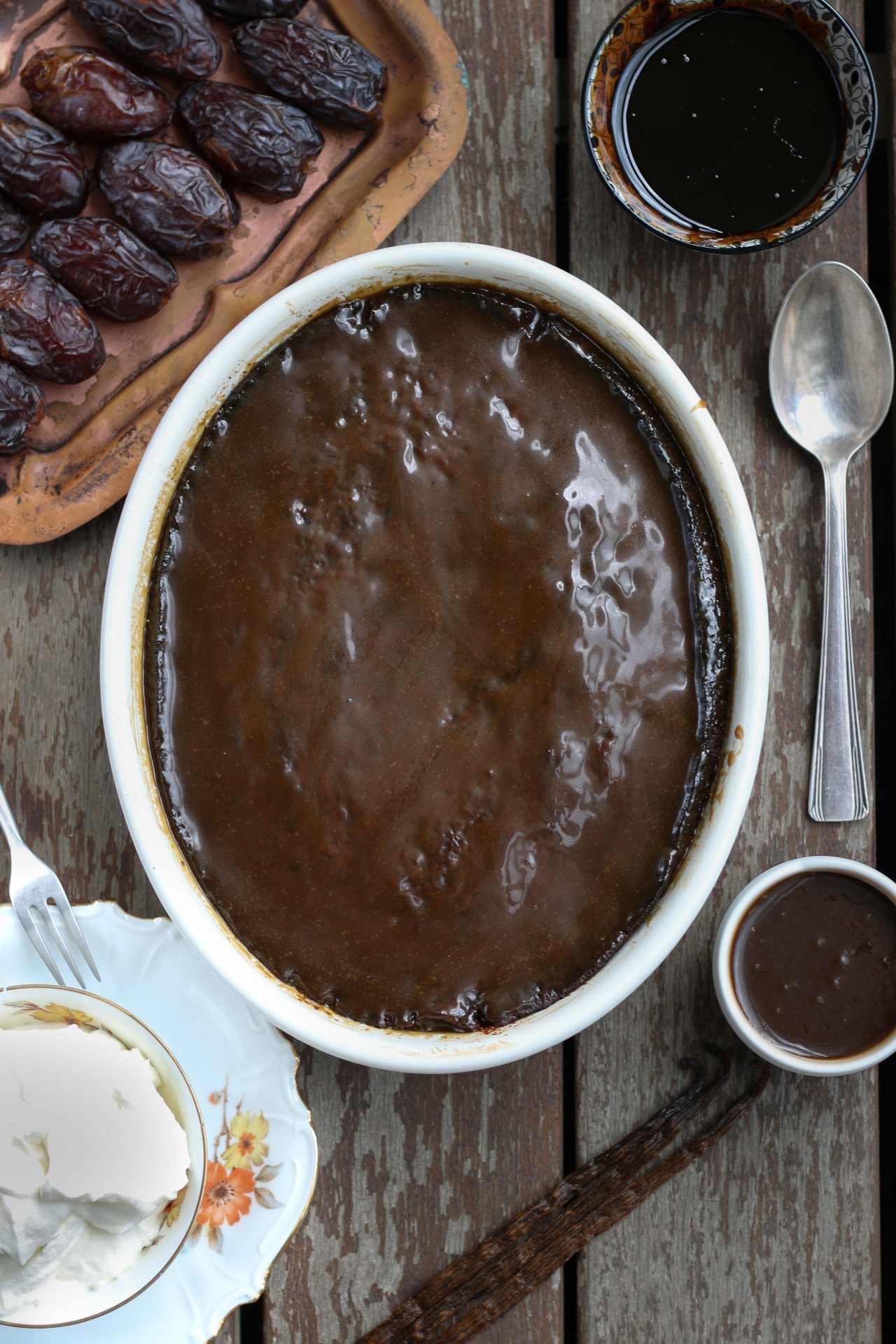 This cake is great for any season, but especially for fall and winter, given its deep and aromatic flavor. 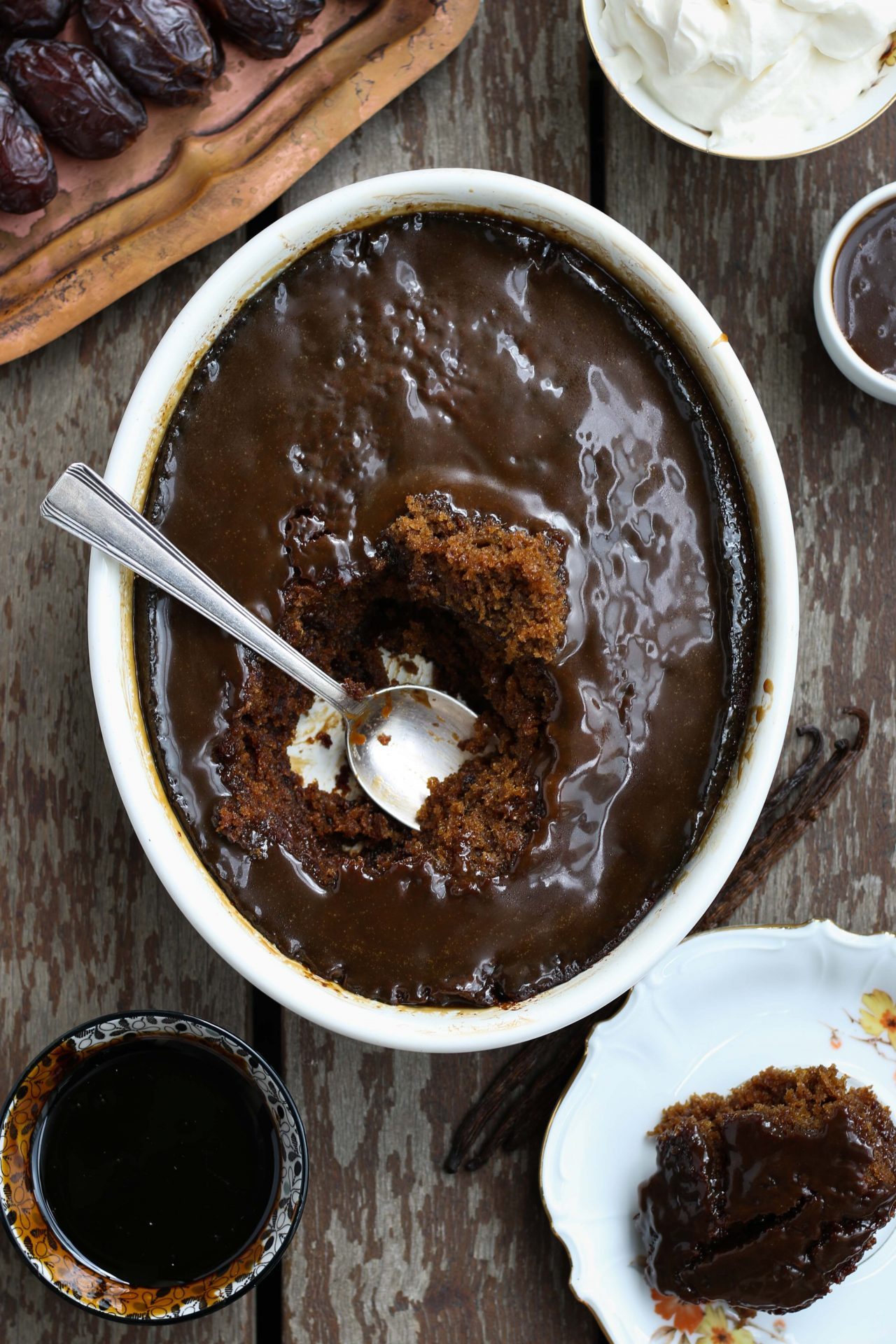 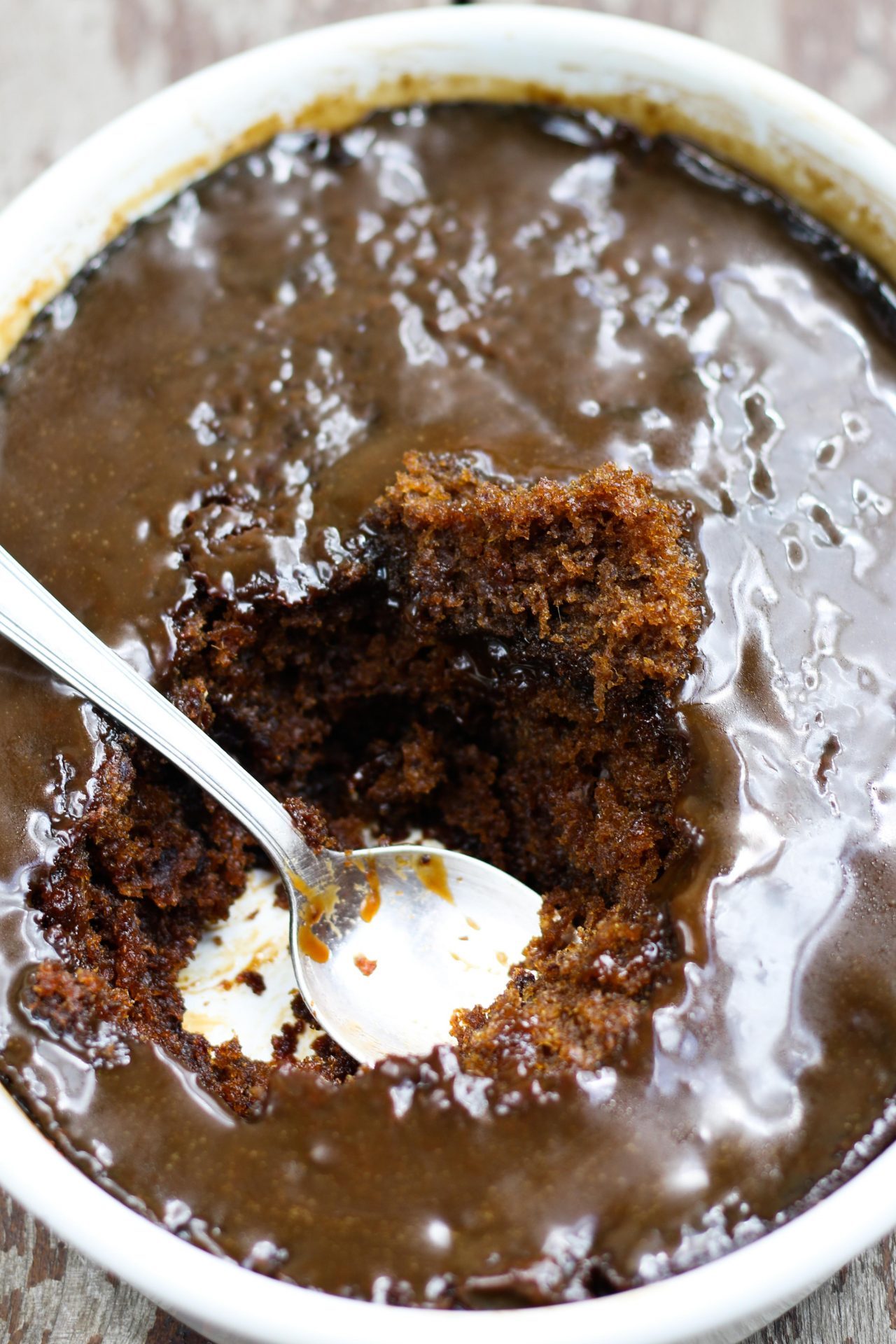 1. Sticky Sauce: In a medium heavy-duty saucepan melt the butter, sugar and treacle. Add the heavy cream, salt and vanilla stir and bring to the boil. Lower heat and simmer for around 5 minutes, until the sauce is thick. Take it off the heat and let cool.
2. Grease the dish with butter, Pour half the sauce into the prepared dish, so that a uniform layer of sauce is formed. Reserve the rest for serving.
3. Cake: Preheat the oven to 180C degrees.
4. In a medium bowl stir together chopped dates, boiling water and bicarbonate of soda, leave for 15-20 minutes until the dates become very soft.
5. in a bowl of a stand mixer cream the butter, treacle and sugar together until well mixed. Gradually beat in the eggs and vanilla.
6. Add flour, baking powder and salt, beat until mixed.
7. Using a fork, mash the soaked dates then pour the mixture into the batter and beat until well mixed.
8. Pour the batter into the dish (on the sauce layer) and bake for 35-45 minutes (depends on the oven), or until a toothpick inserted into the center comes out with moist crumbs.
9. Remove from the oven, prick the cake using a knife or a toothpick. Pour the rest of the sauce over the cake, leave for 30 minutes and serve.
*It’s recommended to serve with whipped cream or ice cream.