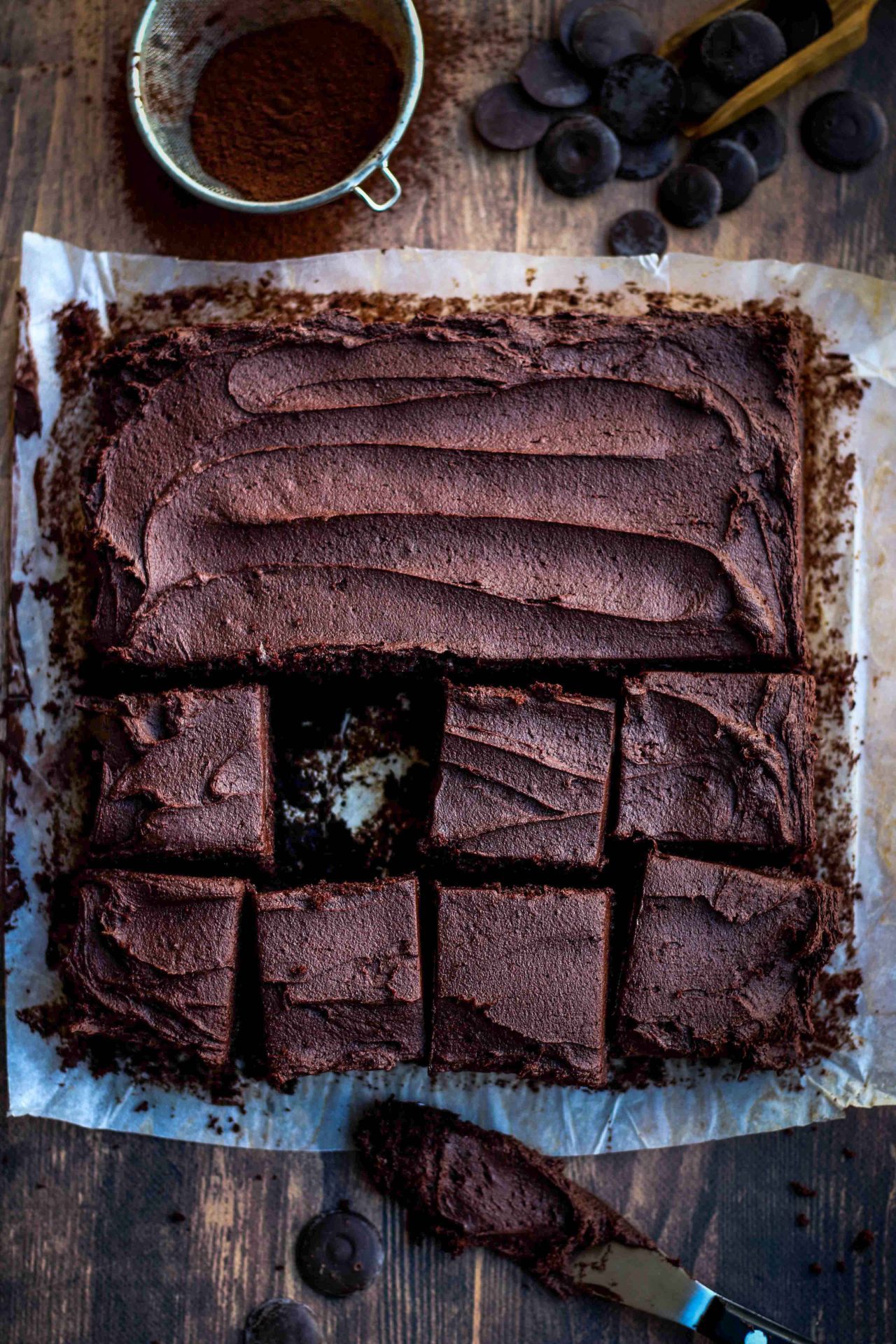 An afternoon in the Romema neighbourhood in Haifa, the baking oven is closed and a large enamel pan with mom’s chocolate cake rests inside. It was the simplest cake in the world, but the most delicious in the world, one that is remembered for its flavor even while eating Pierre Hermé’s best chocolate dessert. 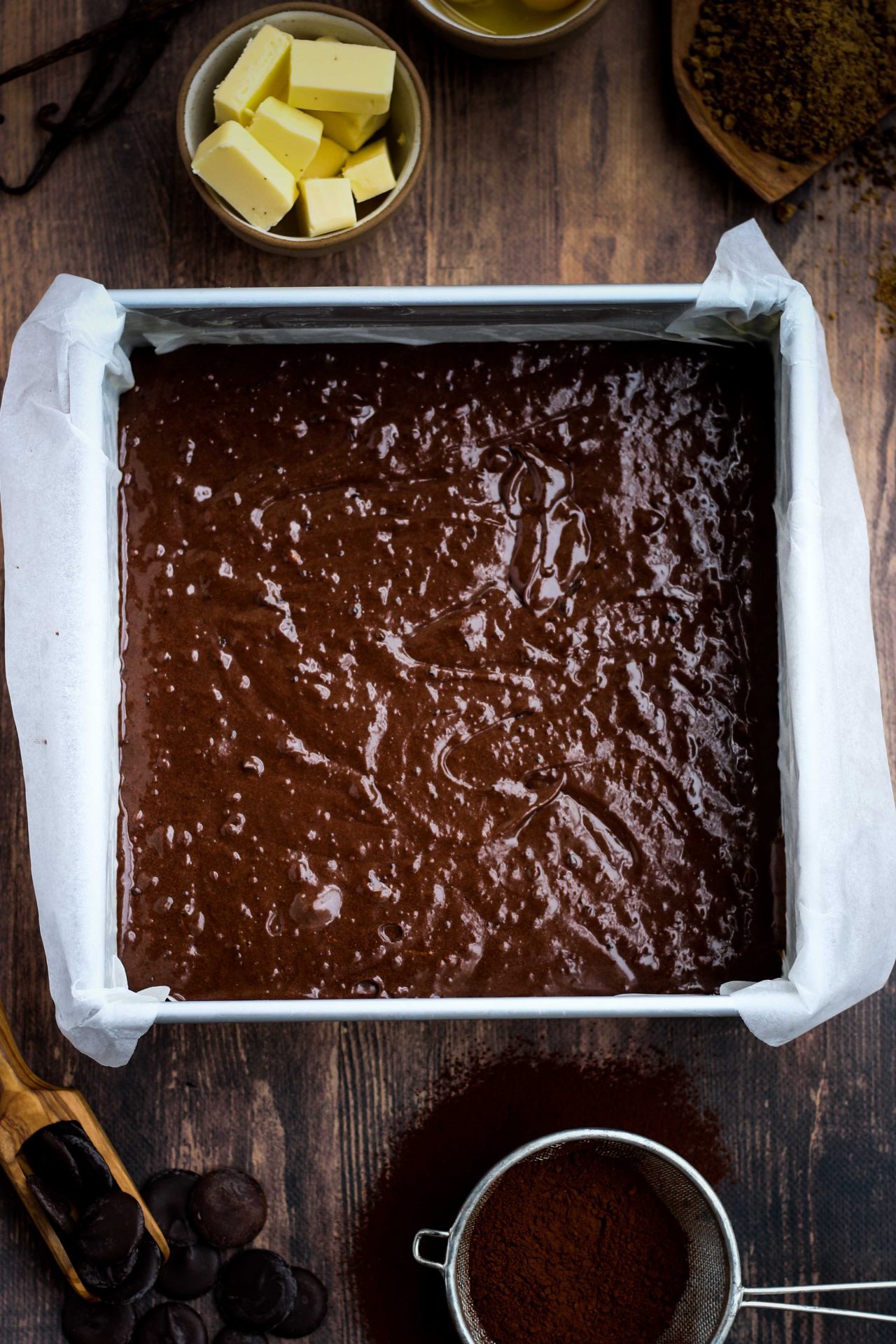 While making the cake, Lior and I would walk around the kitchen, reminding Mom to leave us a “lick.” Then came the moment when the batter was poured into the mold, we hoped that as much mixture as possible would remain on the sides of the plastic bowl and the whisks. We pounced on the bowl, one licking the whisks and one the bowl, thoroughly cleaning any trace of this brown batter. 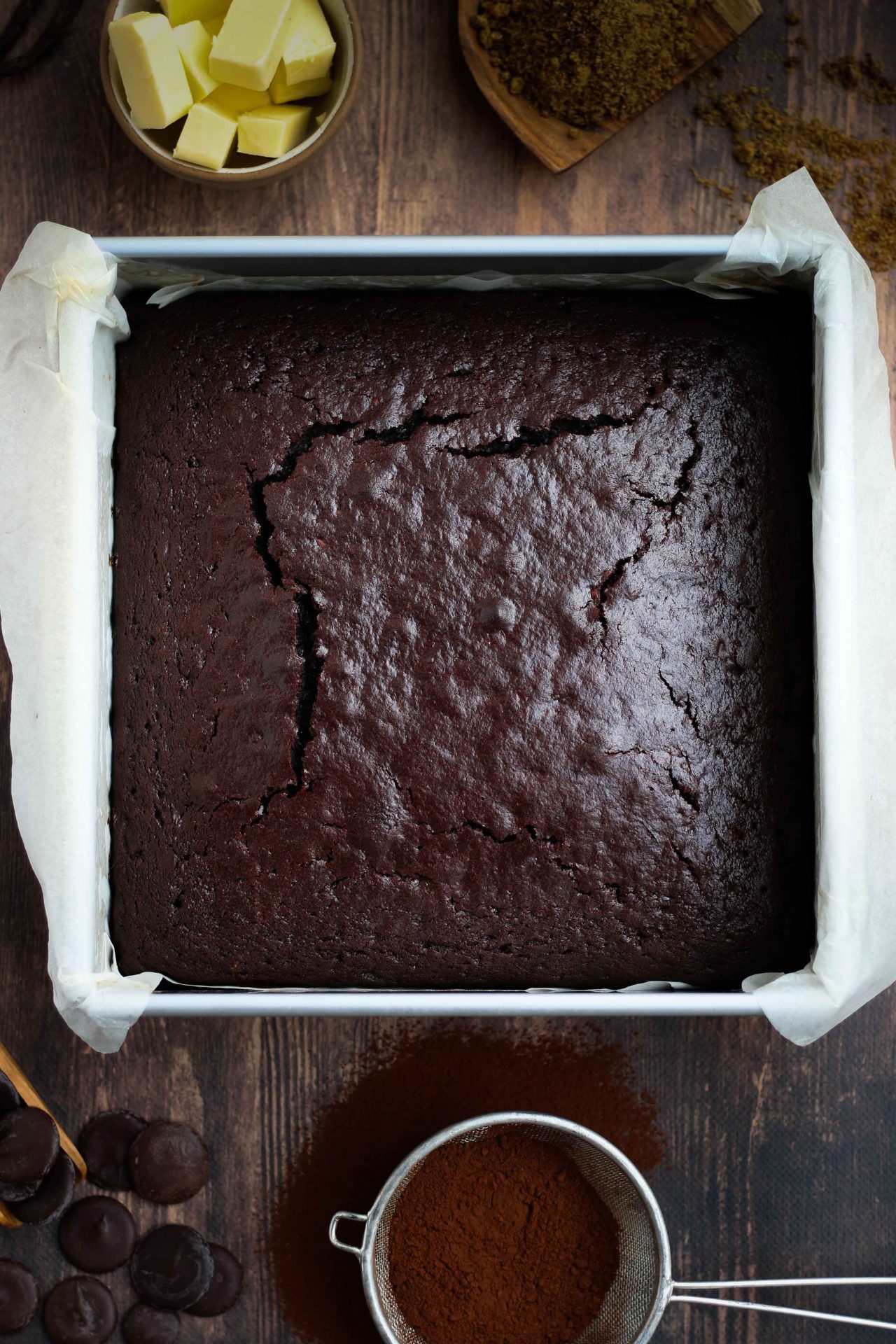 After a few minutes, the smell of chocolate cake filled the house, such a smell of childhood of the 80s, a simple, unsophisticated smell of simple chocolate and instant coffee, the best smell there is. When the cake came out of the oven, mom watered it with coffee syrup which gave it moisture and a deep taste. Even then I realized that coffee in a chocolate cake is a wonderful combination. 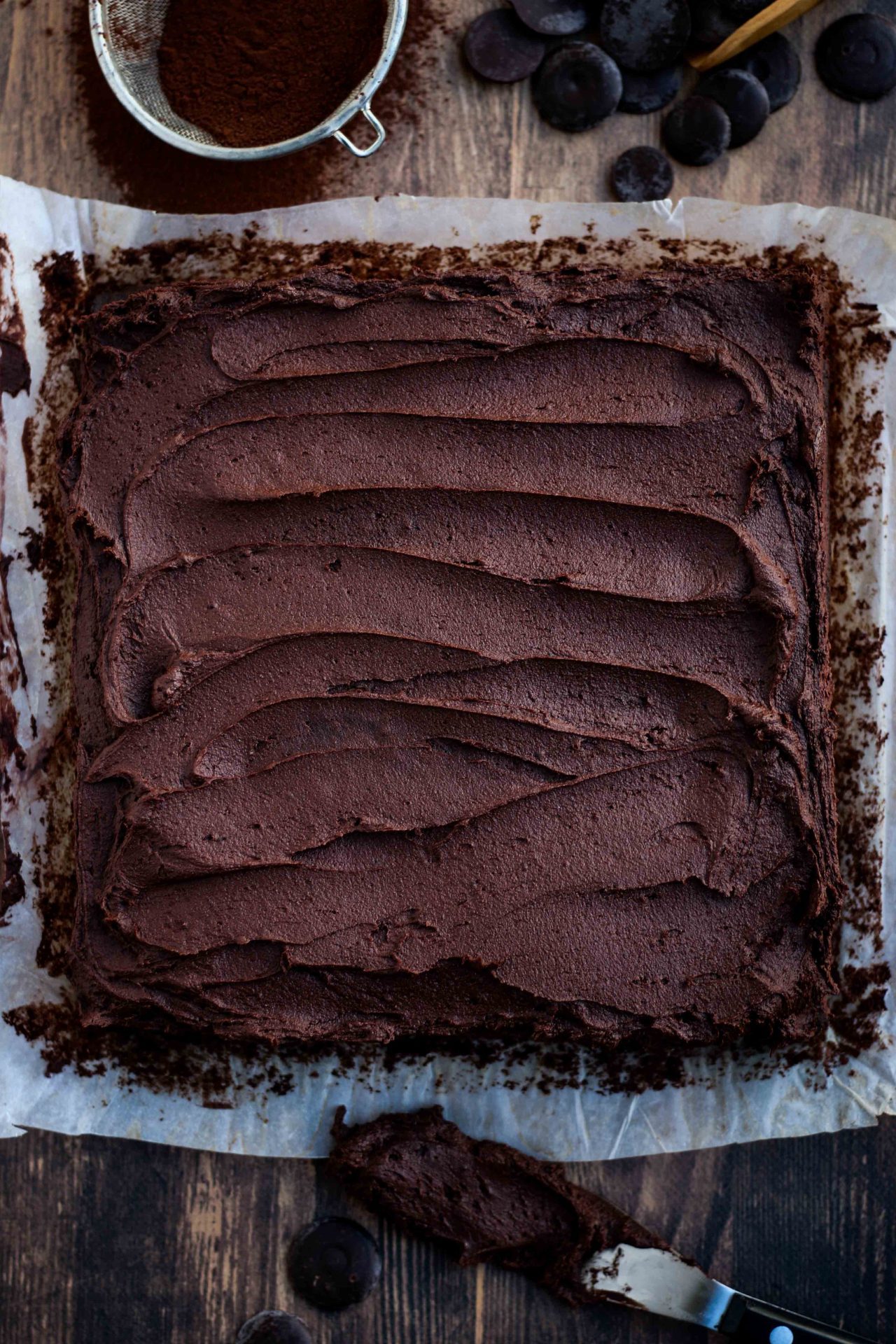 The cake is ready, the hardest part of all is coming— waiting for it to cool. But not only until it cools down, but also until it will be coated with glossy brown glaze. The wait is hard and Mom’s nap is a golden opportunity not to delay gratifications. 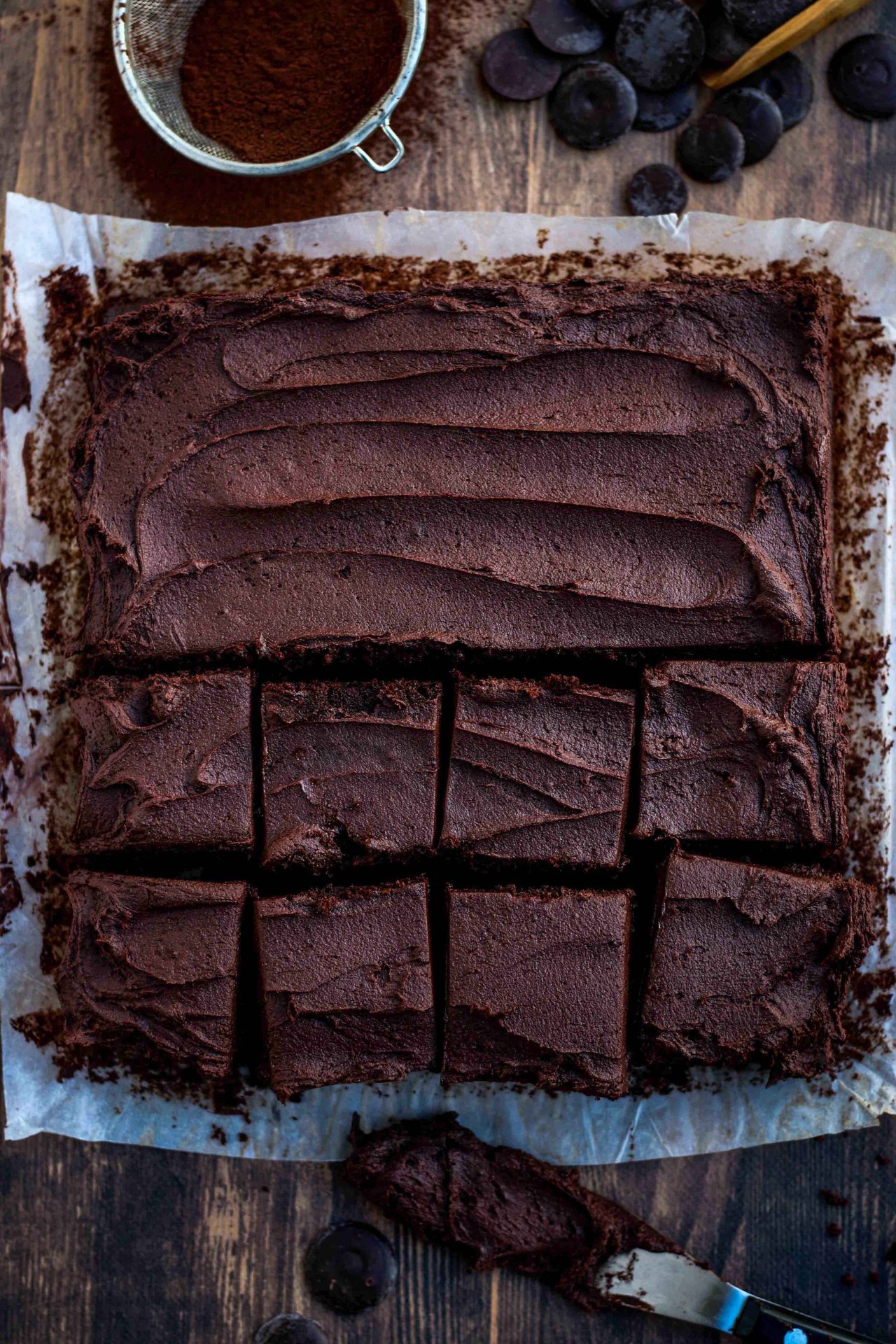 The neighbours in the building are napping, and the cake is already resting in the cold oven. Quietly we opened the creaking oven and pulled out the mold. We placed it on the table with the floral tablecloth and began to eat straight from the mold, small stripes, that nobody will see.

Each family had their own chocolate cake, most were similar in taste and shape, there was not much room for creativity. At that time there were no social networks, no computers, pictures of cakes were not of the cakes themselves but of the birthday children with a large flower crown placed on their heads. The cake was not the model of the photo, it was the decoration. 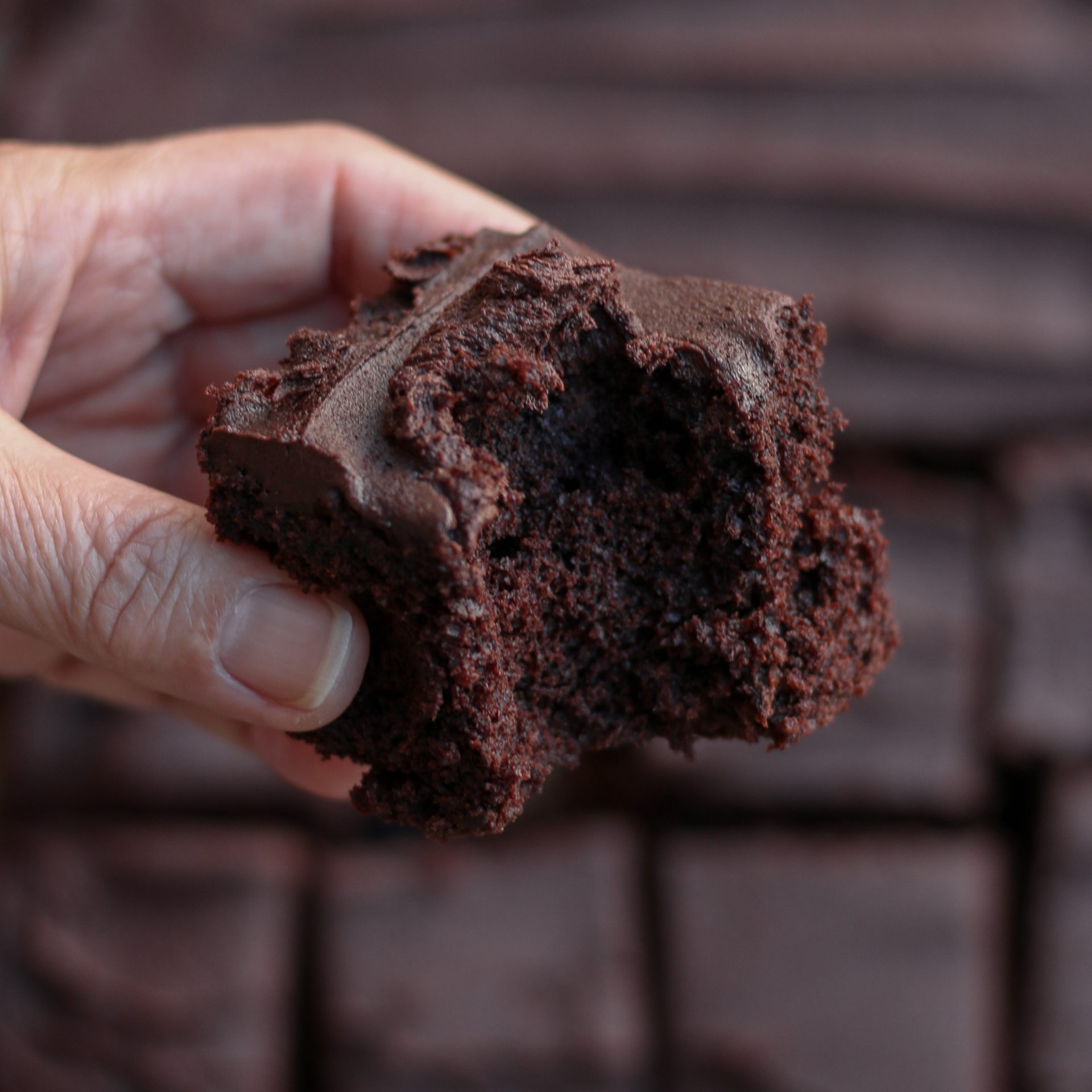 Since then, chocolate has become my favorite ingredient, although that cake did not really have chocolate but more cocoa, but it will always be remembered as the chocolate cake of our childhood. As a homage to that chocolate cake, here is a recipe for an upgraded chocolate cake with a wonderful addition of espresso. Instead of a glossy icing, this has a frosting of cocoa buttercream that gives the cake a charming look.

1. Preheat the oven to 180C degrees and line a square pan with parchment paper.
2. In a small saucepan melt together butter, sugar, cocoa, espresso and vanilla. Set aside to cool.
3. Using an electric mixer, beat butter and sugar (brown and light brown) until obtain a light and fluffy preparation.
4. Add eggs, 1 at a time, beating well after each addition.
5. In a medium bowl sift together flour, baking powder and soda powder. Add the dry ingredients mixture to the butter mixture, stir to combine.
6. Add espresso and stir to combine.
7. Add the mixture you melted to the cake mixture and mix lightly until well combined. Add chopped chocolate and mix (possible).
8. Pour the batter into the prepared pan. Bake for about 25-30 minutes, until baked but not too dry. Allow to cool before frosting.
9. Cocoa buttercream: beat the butter for about 3-5 minutes, until light and creamy (you can use a hand mixer).
10. Add confectioner’s sugar, cocoa powder, heavy cream and salt. Beat on low speed till combined, then increase to high speed and beat for 1-2 minutes.
11. Frost cake with cocoa buttercream and enjoy 🙂 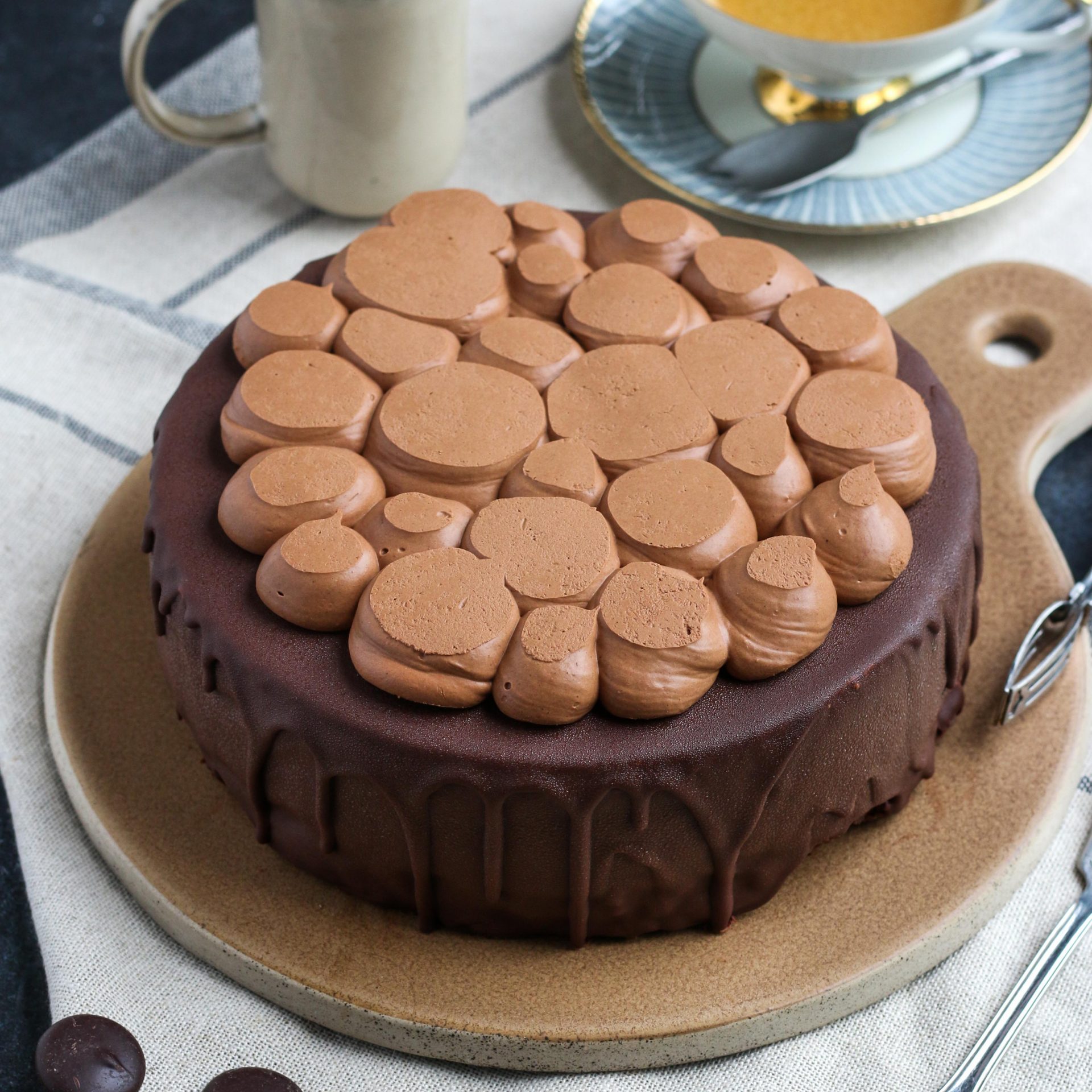 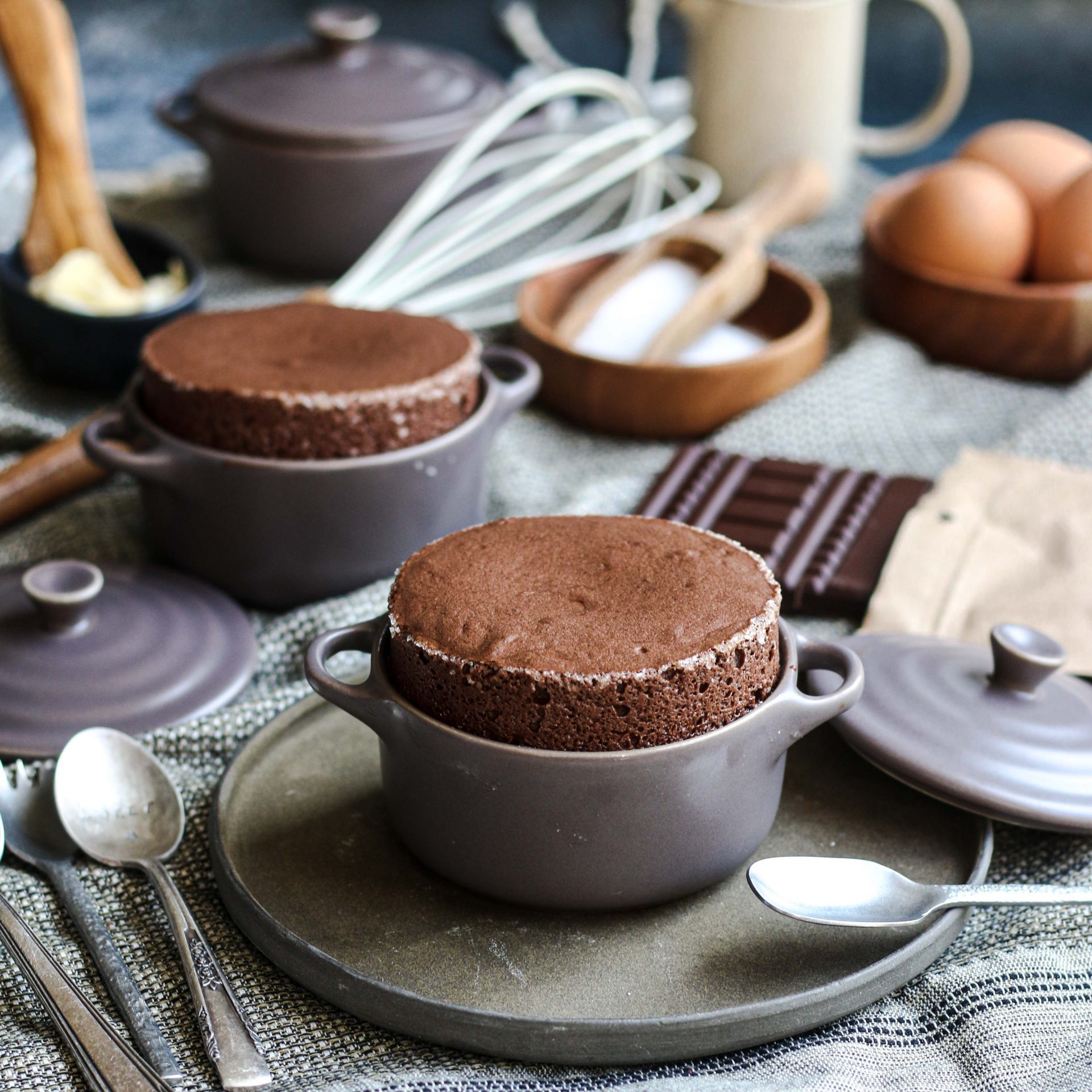 The Best Chocolate Soufflé Ever 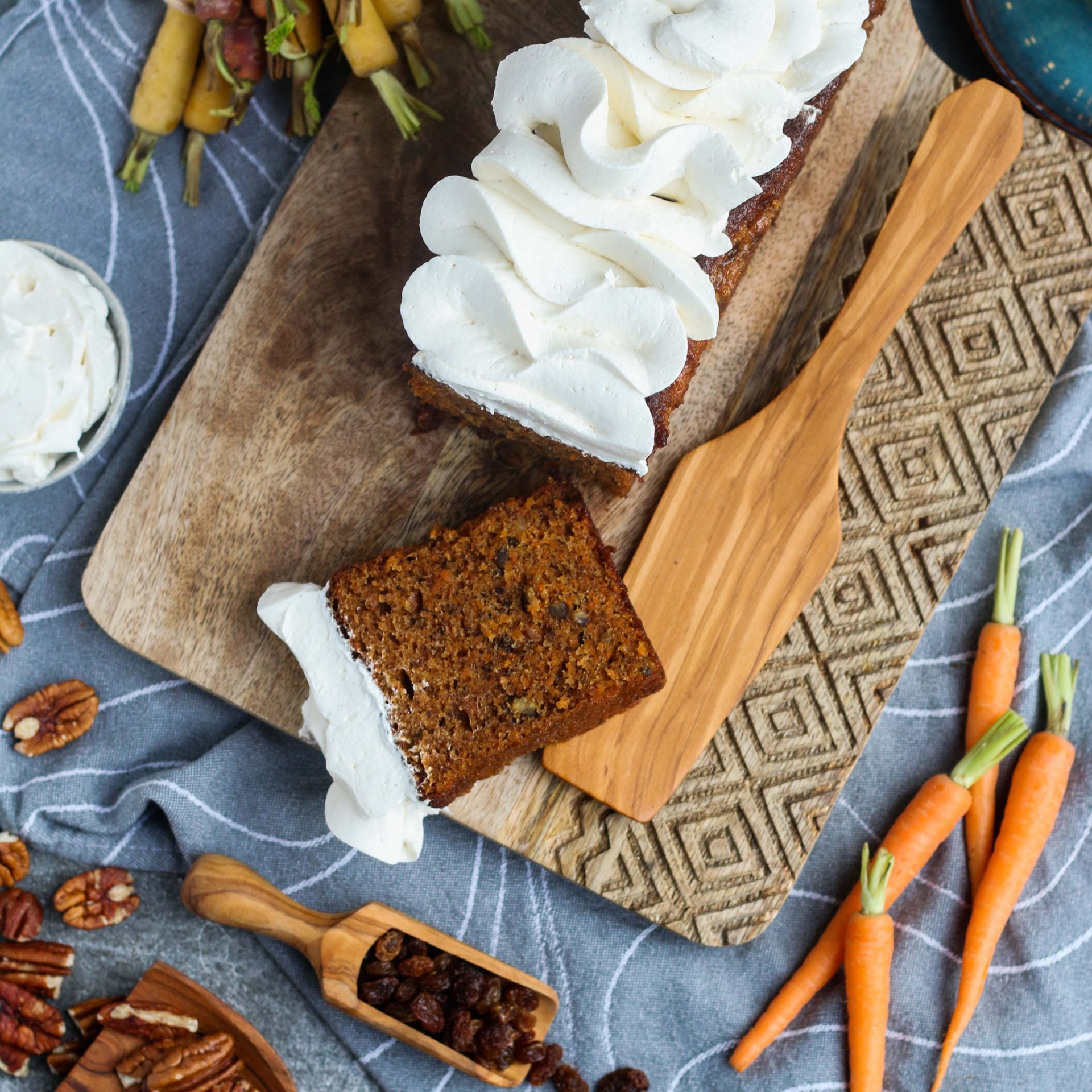 The Best Carrot Cake In The World