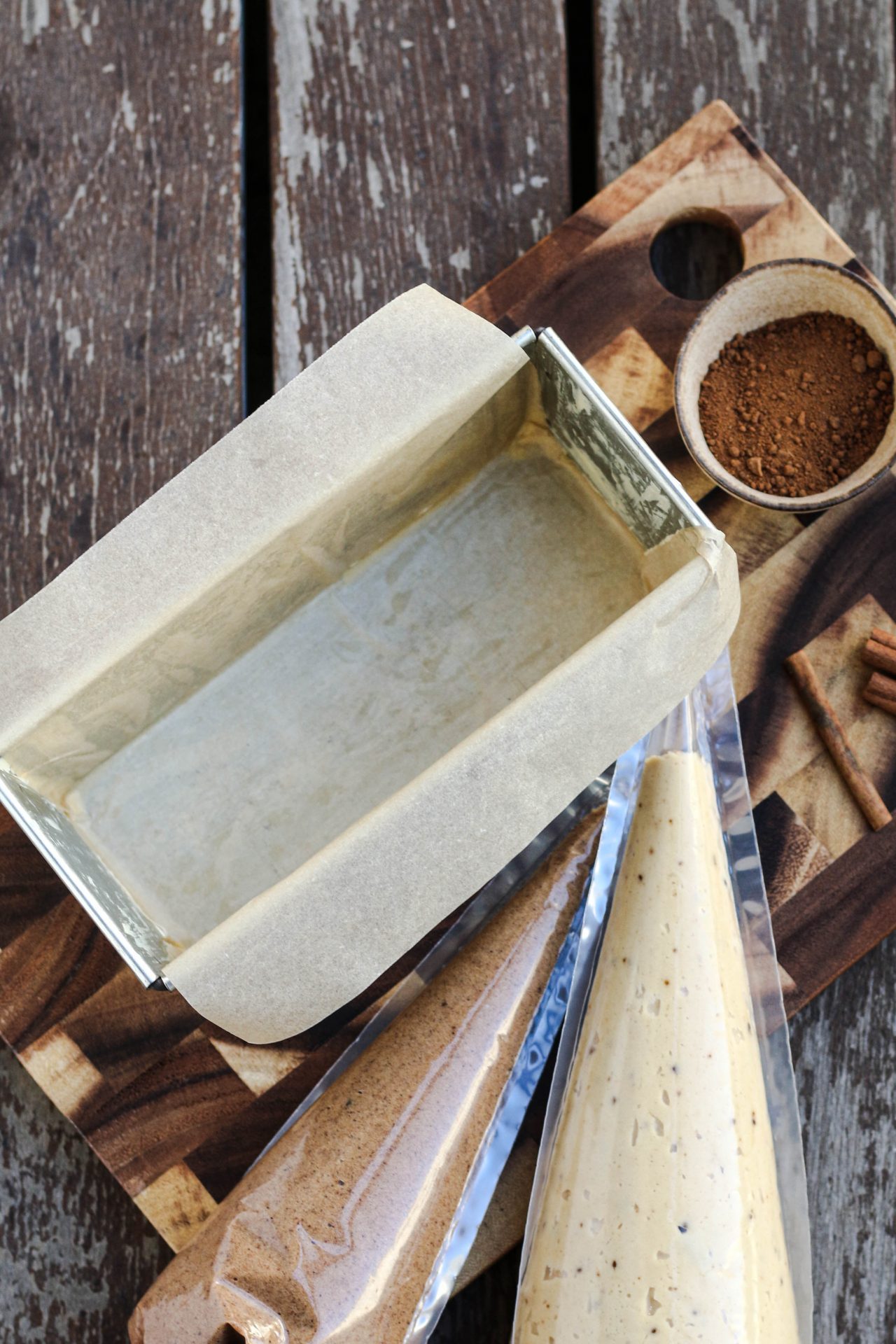 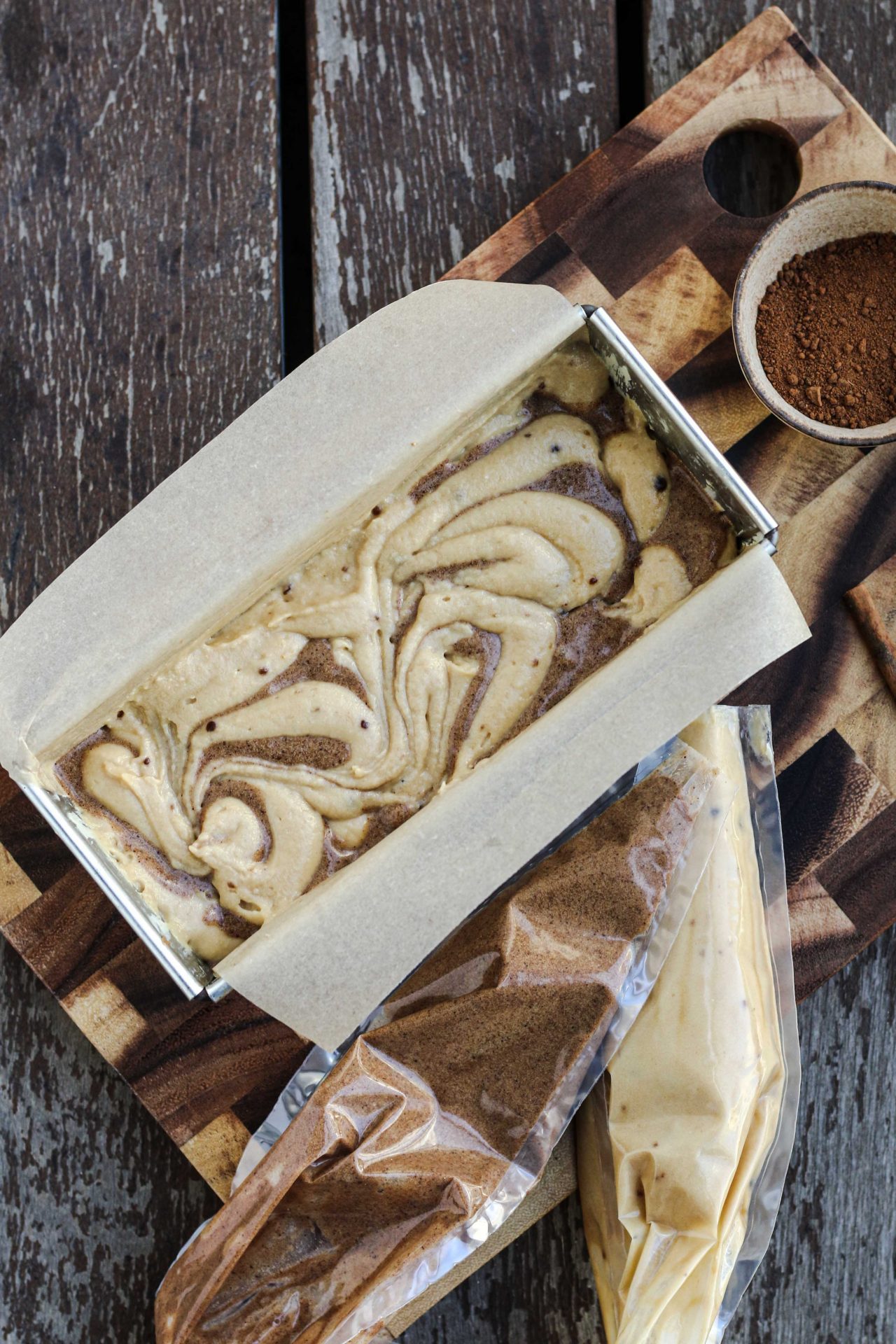 When there are pastries with chocolate at home, she is ready to taste them only during the afternoon snack. In the morning, the pastry or cake should be delicate, buttery and without chocolate. An exception is the vanilla yogurt cake with chocolate chunks, that she is ready to enjoy alongside the excellent coffee she makes. Even the best marble cake in the world can pass Gali’s test, but not always, depending on the day. 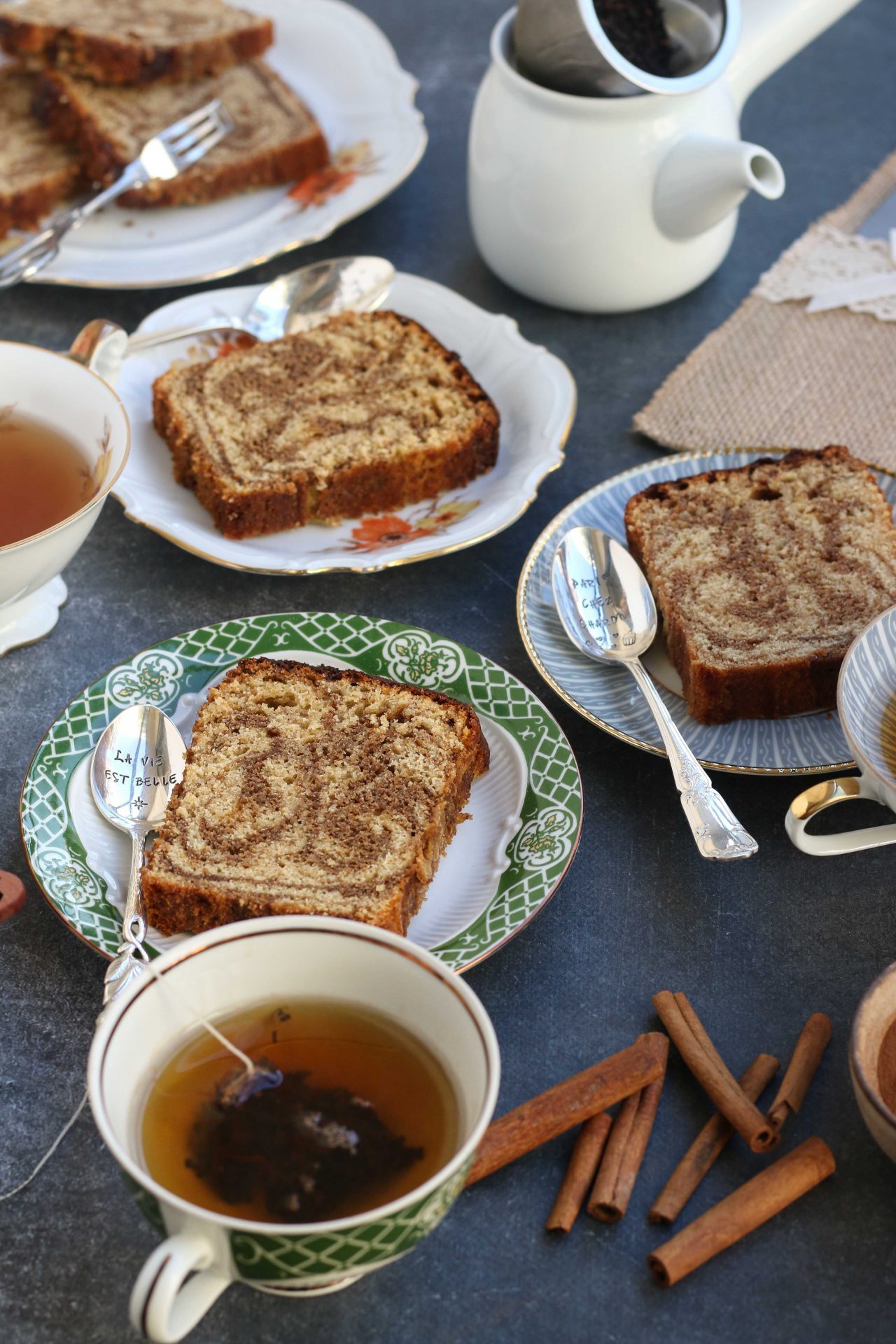 So in order for the best marble cake in the world to also be suitable for the morning, I decided to remove the chocolate from it and turn it into a cinnamon marble cake. After a few experiments I reached the right dosage and the resulting cake became the most requested for our morning coffee. When you bake it, the smell of cinnamon fills the house and for a moment you can feel in Alsace. It is moist, soft and comforting and so perfect for autumn and winter. 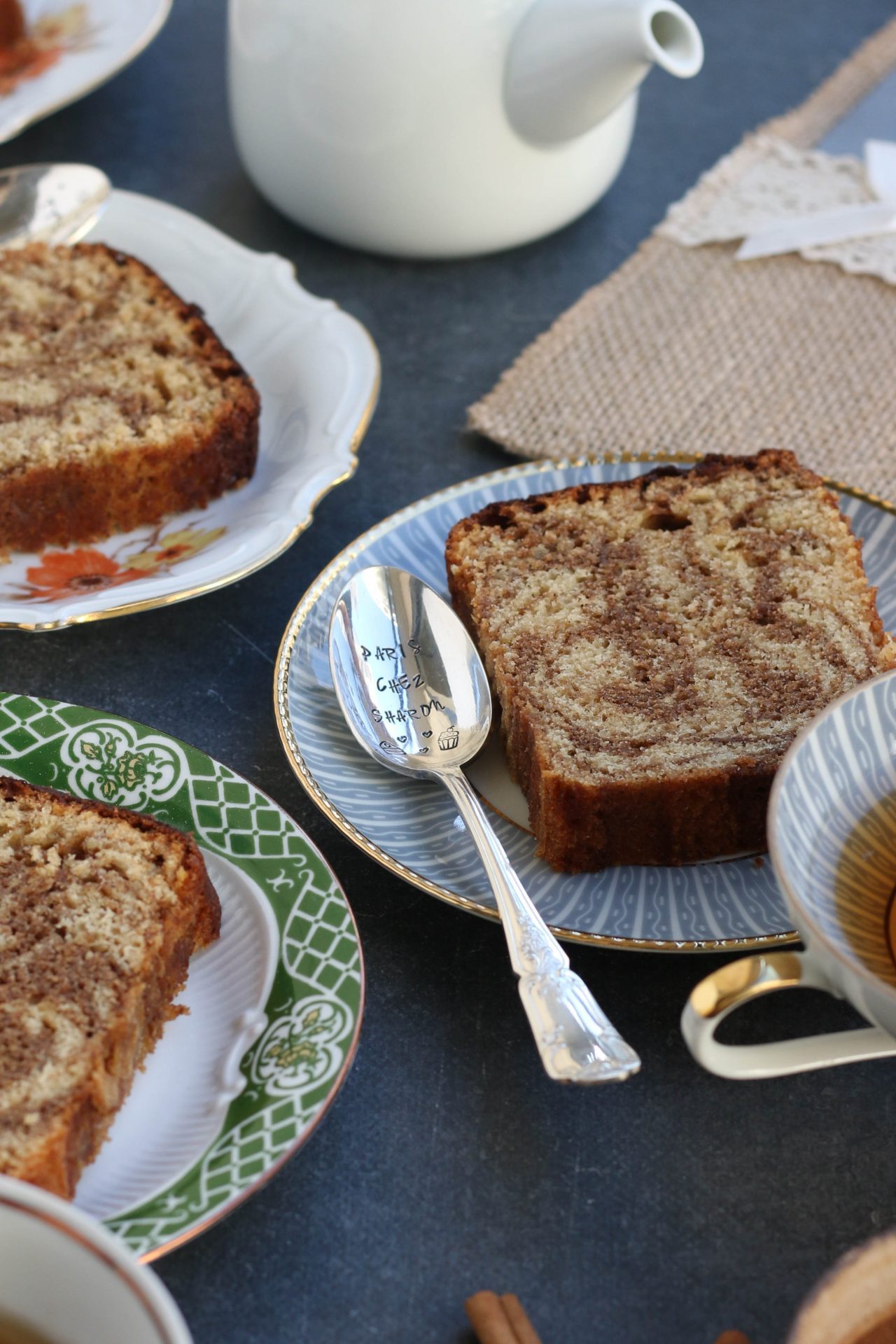 1. Preheat the oven to 180 degrees Celsius. line a 30-cm loaf pan with parchment paper.
2. In a small pan heat 70g dark brown sugar, cinnamon and cream. Mix until combined, cool to room temperature.
3. Using an electric mixer, beat butter and sugar until obtain a light and fluffy preparation.
4. Add eggs, 1 at a time, beating well after each addition.
5. Add half the flour and baking powder over butter mixture. Stir to combine. Add half the cream. Stir to combine but not too much. Repeat with remaining flour, baking powder and cream.
6. Take 4-5 spoons of this mixture and add to the cinnamon and cream mixture. Mix until combined.
7. Put each mixture in a separate pastry bag.
8. Pipe alternately from both mixtures stripes along and across the mold. Yes, it requires a replacement of the pastry bag each time but it’s worth it 🙂
9. Bake for about 40-45 minutes, until the cake is firm but not too dry. 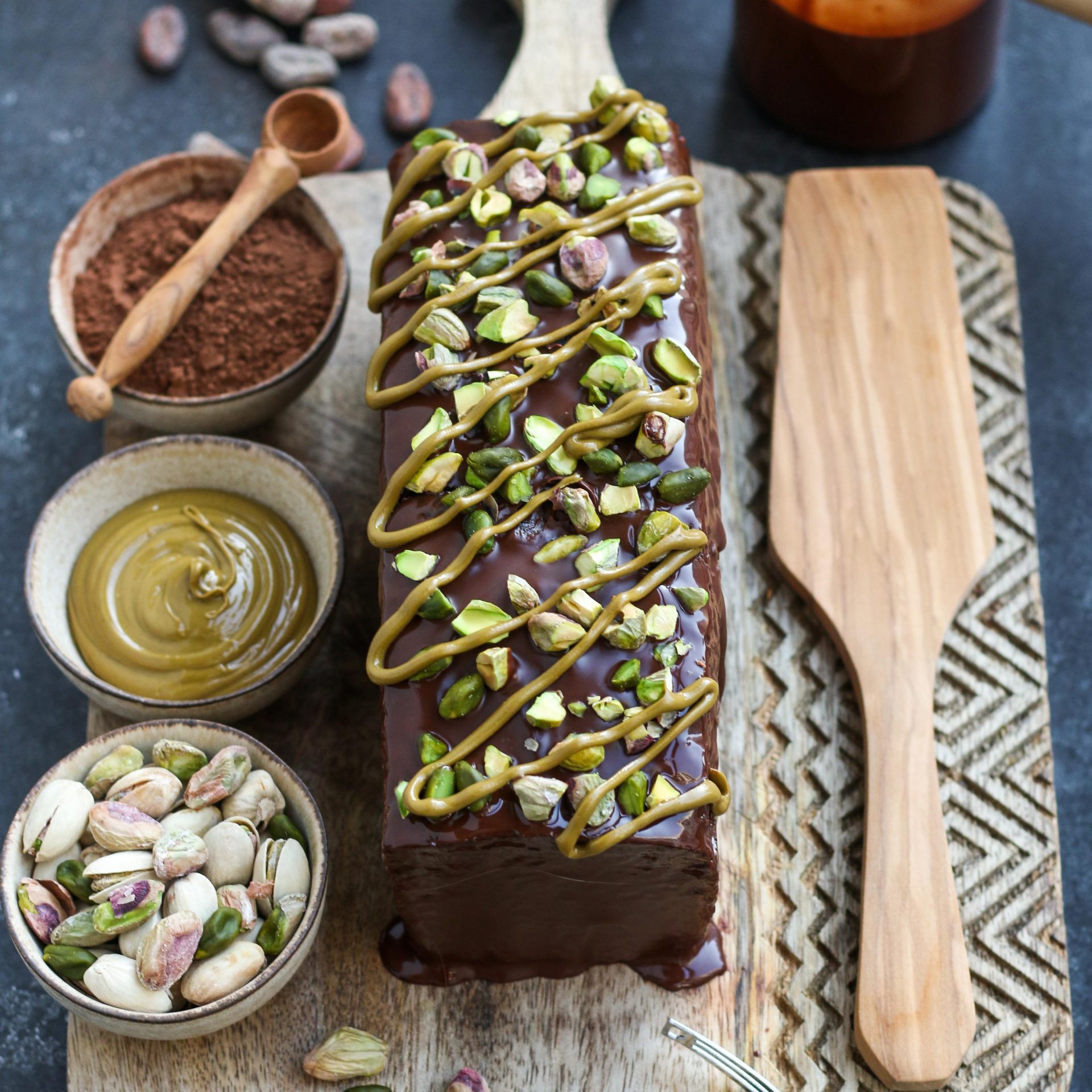 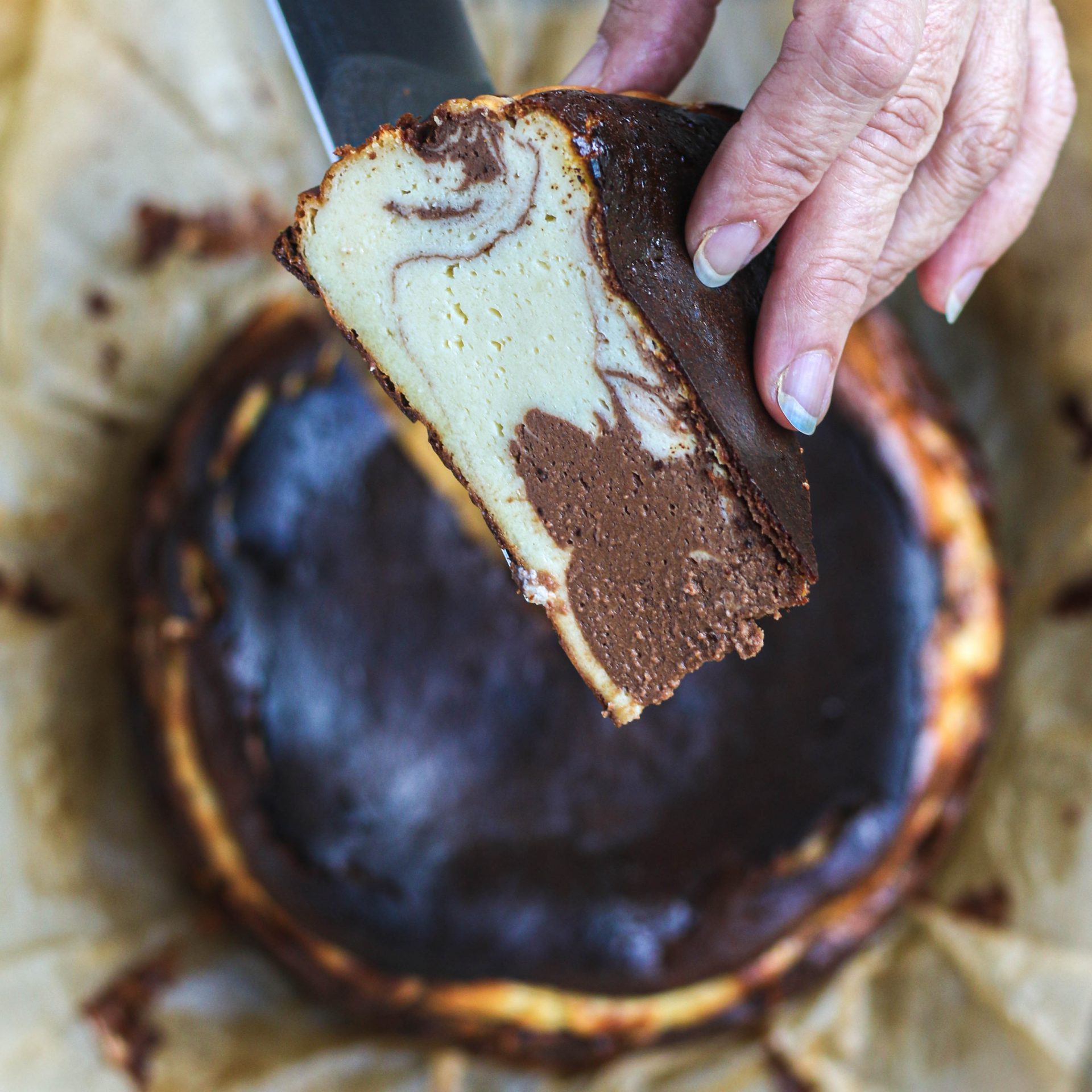 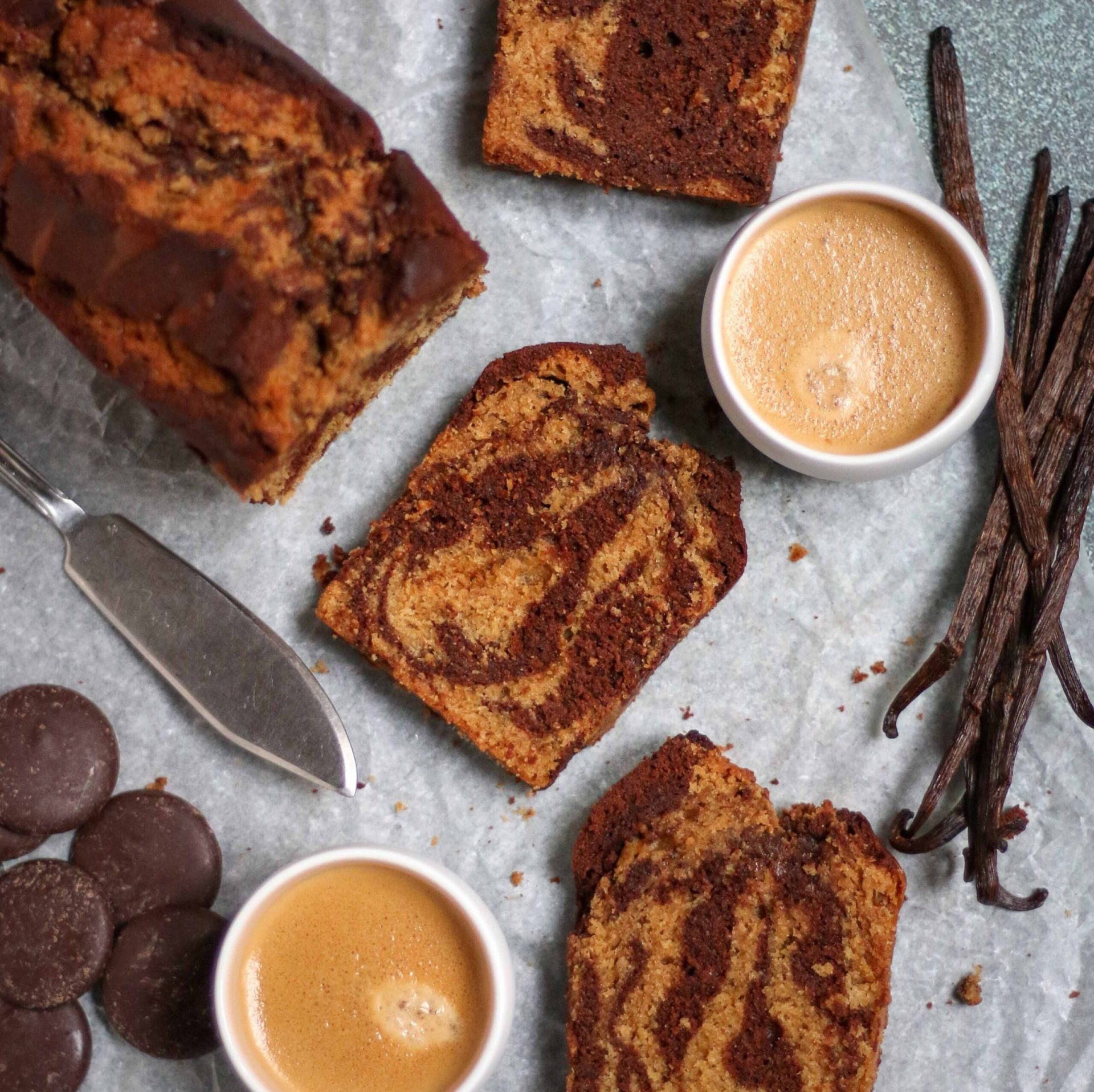